“This year a record number of cherries sold at Belgian auction” 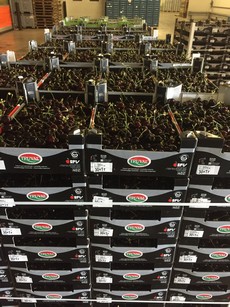 The cherry season is gradually reaching its end in Belgium. The final volumes will now be arriving on the market, and some small leftover volumes might arrive next week, but the season is as good as over. “Last week, we reached a milestone of three million kilos, and we’re now headed for 3.4 million kilos. This is a record for the Belgische Fruitveiling (BFV). Last year we sold two million kilos of cherries,” says Karel Belmans of BFV.

“The record year is thanks to the good pollination conditions and the good weather during the picking season, so we had very few problems regarding cracking. Besides, the area has been expanded quite a bit in the past ten years, and that bore fruit this year,” Karel says. “We didn’t have much competition this year either. This year, productions arrived on the market more spread out than last year. We even managed to export quite some volume to the south.” 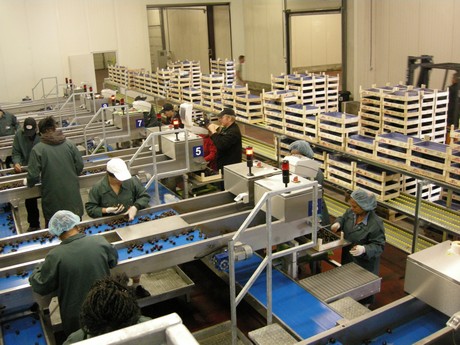 “We could offer the best cherries of Belgian soil to our customers, both domestic and abroad, in part thanks to ultramodern electronic sorting with hydro-cooling.”

“The prices for the Regina and Kordia varieties were correct, but varieties that no longer meet the demand of trade couldn’t count on good prices. Those prices were just plain bad. We have noticed that the production of cherries has become much more professional in recent years. A lot more is invested in new and strong varieties, including Samba, Kordia, Regina and Sweetheart, varieties that are in demand,” Karel concludes.

Last year, a record was reached when more than two million kilos of cherries were sold. This season therefore shows an increase of 70 per cent compared to last season. The Belgian cherry area increased to more than 1,000 hectares in recent years. Around 2010, 400 hectares were added, and the production of cherries was considerably professionalised as well due to rain covers. 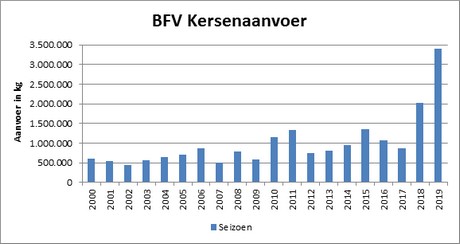