“We make it happen – but it’s easier said than done.” Freddie Beukmann and his LCL Logistics team handle the logistics and documentation for fruit exporters from the port of Durban, a short sentence which in practice means six months (and getting longer) of working until ten or eleven at night, no more lunchtime and few weekends. Without them no fruit would leave the shores.

Freddie has been in the fruit industry for 38 years, initially at the Perishable Products Export Control Board (PPECB), later with his own logistics company in Durban which six years ago became part of LCL Logistics. 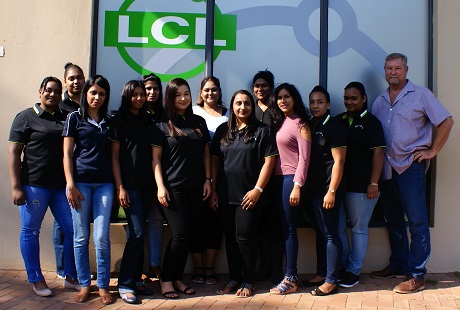 The LCL Logistics team in Durban

Citrus peak season
Sarah Naidoo, who has been in the industry for nineteen years, says that the work can become very stressful. She has been called out of the shower to take a call from an irate receiver in China.

“It becomes even more so with the volumes that we have to do, like if you have to get 60 shipments on a vessel or sometimes even more.”

For the steri markets, sixty shipments equal sixty separate packages of documentation, with some variations according to destination, some of which still need to be physically stamped or be in hard copy. For that reason they have two messengers, constantly on the to and fro in the streets of Durban between the LCL office and all of the authorities whose signature is required.

“You should come and visit us in peak season – we literally wouldn’t be able to talk to you, we’re so busy, the phones ringing off the hook,” she says, noting that consigners like to deal with them directly, especially on China.

Sarah continues: “On break bulk shipments to Japan, from the time we’ve received the mate’s receipt, which contains all of the details of the fruit loaded in the container, the number of pallets, cartons, the nett and gross weight, the temperature and container number, we’ve got two hours to submit our phyto. For all other shipments, we’ve got five days after the vessel has sailed to submit the full set of documents: the export certificate, the bills of lading, the phyto and the certificate of origin.”

Some fruit travels to closer destinations in Africa or the Indian Ocean which is specified so that those documents are expedited and processed before arrival.

Last year LCL Logistics, countrywide, handled between 25,000 and 30,000 containers, of which about a third (predominantly citrus) went through Durban. At this office they also handle apples (from the Free State), grapes and kiwis from Limpopo and Mpumalanga.

Before the start of the season, the Cape Town LCL Logistics office meets with the shipping lines to allocate slots on the vessels, based on the estimates LCL has received from their clients, the exporters. When they get a booking from a shipper, the LCL Durban office has to arrange for space allocation on a vessel, check the stack dates, arrange for transport and check with the cold store when it has a slot available. 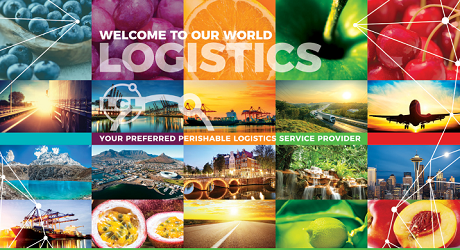 “At night you dream of documentation”
The office produces mountains of documentation for which they rent storage space. In an adjacent room the wall is covered by steel cabinets which in May, at the start of the season, was already half full.

“It’s exciting and very stimulating. You don’t sleep. At night you dream of documentation,” says Sarah.

“For six months you’re constantly switched on,” adds her colleague, Bronwyn Naidoo. “But we enjoy it. I think.”

An eye for detail and absolute rigour is required in the job. “A lot can go wrong with the steri markets – and does go wrong!” quips Bronwyn. An example would be if a steri container wasn’t on temperature upon loading, it will be left behind on the docks. Fair enough – but sometimes they only hear a day or two later that the container has been left behind. “Now you have to import your container back into the country, because theoretically it has been exported. Sometimes we can have it re-inspected by the PPECB and export it again, this time for real,” explains Freddie. 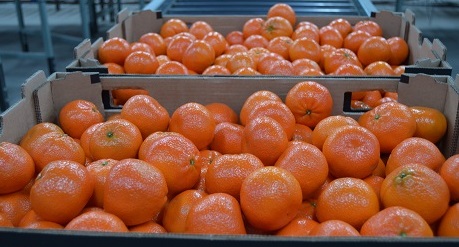 Effect of more volumes and congestion
“We open a file, there could be fifteen containers on that file, but as the volumes increase you now have, say, seventeen containers on a file which is a bit more work, not much. But the pressure is tough. If you’re not made for this industry, you won’t cut it. You’ve got to have orange juice in your blood,” he continues.

Not only are the volumes more, but the number of exporters from this side and receivers from that side are also more than five years ago.

The matter of trucks and congestion is never far away when talking about Durban. “It’s crazy, sometimes trucks have to wait 24 hours at the container terminal,” Bronwyn says. “I think Durban is overloaded with trucks, and if there’s a delay, it just grows and it’s delayed right through the process. It’s just a ripple effect. I think ripple effect could be our slogan!”

Some exporters require photos of their consignments before and during loading, while others show little interest in what’s happening down at the port. Others send packhouse workers from up in Limpopo and Mpumalanga down to Durban to see how process unfolds.

So when does it end?

Sarah: “About five years ago, everyone in the industry was finished by around the end of September. You’d get the last three shipments, and that was it. Now we’re going to week 45, 46. It has seriously pushed on.”

Freddie notes that due to the stress of the work, he provides a willing ear for colleagues who need to de-stress. “This is the most important part of the process. I mean, you can pick the orange and put it on a truck but if you don’t have the documentation, you can’t get it out.”