This Monday, August 5th, agriculture ministers from banana-producing countries such as Colombia, Costa Rica and Ecuador, as well as representatives from the Dominican Republic, Belize, Cuba, Guatemala, Mexico, Nicaragua, Panama, Peru, and others, have signed a joint declaration to fight the Fusarium R4T pest. 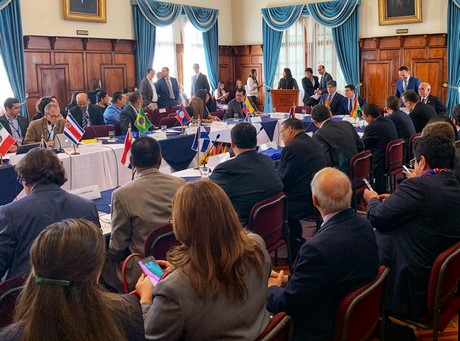 The meeting seeks to share experiences and establish protocols to prevent the entry of the Fusarium R4T fungus, and if there is an infection, control it. The event was the Vice President of the Republic, Otto Sonnenholzner, who called on countries to know the possibilities of infection, in order to communicate any news in time and prevent contagion and, if necessary, combat it.

There is a suspicion, not yet confirmed, that the fungus originally reached certain banana farms on the side of La Guajira in Colombia, at the border with Venezuela.