Russia will suspend imports of pome and stone fruits from China starting August 10 due to cases of contaminated products’ deliveries. A representative of the country’s veterinary and phytosanitary watchdog Rosselkhodnadzor told reporters on Wednesday the ban will be extended on plums, nectarines, apricots, peaches, cherry plums, cherries, sweet cherries, apples, pears, and queen apples.

“The federal veterinary and phytosanitary service is forced to suspend the supplies of pome and stone fruits from China to Russia starting August 10, 2019. The decision has been taken due to continuing cases of China-originating products contaminated with dangerous quarantine for Russia objects supplied to the country,” the regulator explained. 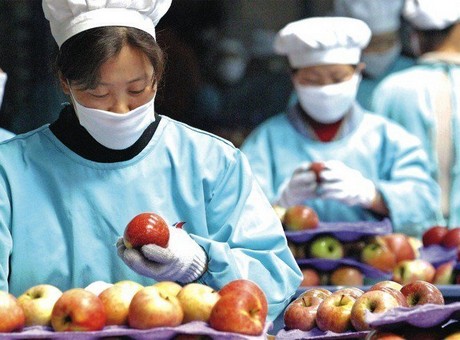 The watchdog plans to hold consultations with the Chinese side and inspect the places of production, storage and packing of those products, which will be followed by consideration of trade resumption.