The Central Valley grape season is in full swing, with excellent volumes reported on all colors. Despite a heat wave in July which saw temperatures reach as high as 110 degrees, growers say the vines did not sustain any long term damage and production has continued unabated. With fruit movement strong, prices at the retail level have been very competitive.

"Overall quality and condition have been very good so far with brisk movement indicating strong consumer support," said Ira Greenstein of Direct Source Marketing. "We’ve started to see aggressive promotional pricing in weekly circulars, especially on red seedless. As the summer draws to an end, US retailers will begin transitioning to autumn commodities for promotion with California table grapes as a main headliner. With early reports estimating the crop at 110 million boxes this season, expectations are for marketers to keep their foot on the gas in order to keep fruit moving through the pipeline in a controlled fashion." 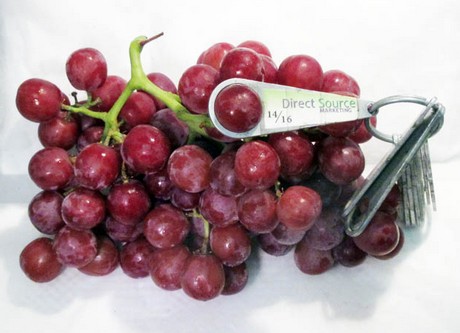 Turning to mid season reds
Flame seedless grapes are reportedly coming towards the end of their season. Many growers say they will now begin the transition to other red varieties such as Scarlett Royals and Krissy this coming week, followed by Timco in less than two weeks. In a sign of the growing presence of proprietary grape varieties, expectations are for fewer Scarlett Royals to be available this year. The market is strong and prices will likely hold at similar or slightly higher levels over the next few weeks.

"We’ve seen strong promotional activity in weekly circulars with some retailers as low as $.67 per pound," Greenstein observed. "General pricing for good quality red seedless currently ranges from $12.95-$13.95 on medium/large, $13.95-$14.95 on large and $15.95-$17.95 on x-large. As we transition over to new varieties, expectations are to see FOB pricing tick slightly higher, but will remain aggressive in an effort to maintain consistent movement." 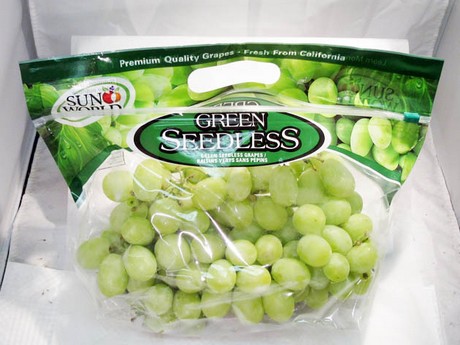 Green seedless market still higher
The market for green seedless grapes is still higher than for reds, primarily because they started later and volume is still catching up. However, volumes are now steady for varieties such as Sugraone, Ivory and Princess. According to Greenstein, suppliers are expecting prices to gradually ease back towards the end of August as volume continues to build.

"Many marketers have set preliminary retail ad pricing between $16.95-$17.95 with expectations of more aggressive program business starting at the beginning of September," he shared. "General spot market pricing currently ranges from $14.95-$15.95 on medium/large, $15.95-$16.95 on large and $16.95-$18.95 on x-large with the mostly market at $17.95. By the beginning of next month, there will be significant volumes of fruit in the market and the industry is well prepared to handle that flush with strong promotions in place from now through the end of September." 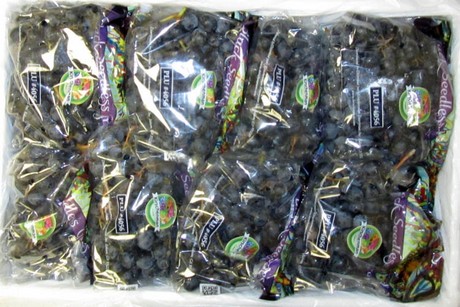 Transition also for black seedless
Pricing on black seedless is also steady with good volumes reported here as well. Suppliers say prices for the Summer Royal variety are currently ranging from $14.95-$16.95 on large and $16.95-$18.95 on x-large with the mostly market at $18.95. Growers are also preparing to transition to Autumn Royals as the Summer Royals begin their decline in volume for the season, while some proprietary varieties are also available.

"California Summer Royals are the main black seedless variety in the market with excellent promotional opportunities available now through the end of the month," Greenstein concluded. "Overall quality and condition has been excellent as this variety sizes very well with a deep black color and good sugar levels. Many growers will begin winding down harvest schedules on Summer Royal over the next two to three weeks as the industry transitions over to Autumn Royal. We could see a one to two week gap in production between the two towards the end of the month, but on-hand inventories and other proprietary varieties like Sunworld Midnight should be sufficient to supply the market."