Blueberry imports from Peru have arrived into the US

Blueberries from Peru have begun their import season already.

The blueberries, the majority of which come from four regions in Peru--La Libertad, Ancash, Lima and Ica—started their season in the first week of August and the first shipment has landed in North America already. “This is earlier than previous years. We expect to receive Peruvian blueberries through February,” says Valdes. Crystal Valley is carrying the berries in 6 oz. clamshells but pints and other sizes are available on request, says Valdes. 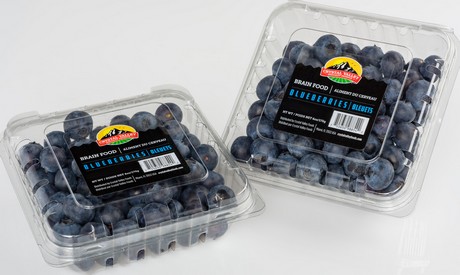 More and more blueberry interest
The increase in blueberry imports matches what the industry is seeing—that is, continued strong demand for blueberries, a fruit that’s often touted for its health benefits. According to the Folsom, Ca.-based U.S. Highbush Blueberry Council, per capita blueberry consumption grew 600 percent from 1994 to 2014. “We expect with the continued focus on educating consumers on the fruit’s health benefits and usages as well as the industry’s focus on developing new varieties and better taste profiles, that there is still more room for growth,” Valdes mentioned.

However for now, demand will be slower for Peruvian blueberry imports. “There’s still domestic production in Washington, Michigan and Oregon, as well as British Columbia,” she said. “As domestic production winds down this month, we will start seeing more Peruvian product moving into September through February 2020.”