The 2011 Food Safety Modernization Act calls for inspectors to visit produce farms and packing houses under the act’s Produce Safety Rule. The rule opens the way for inspections, which began in July this year, for farms and orchards making more than $500,000 in annual gross product sales. Smaller farms will have another year to come into compliance with the rule.

As for packing houses, even though there have been some questions over whether a packing house is a farm or not, the FDA is developing an amendment to the rule that may have more to do with what happens in the packing house than who owns the packing house. In any case, the FDA wants all packing companies to follow the packing and holding requirements of the Produce Safety Rule or the good manufacturing practices portion of the Preventive Controls for Human Food Rule.

And while farms will, for the most part, be inspected during harvest, packing line inspections may happen any time that food is running over the lines. 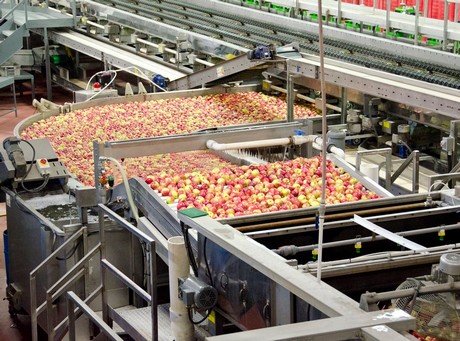 This is the first time in history that produce farms will have to deal with regular inspections on their farms.

The inspections aren’t going to be heavy-fisted actions aimed at doling out penalties. Instead, according to what FDA and state inspectors have said, they’ll be educational and even collaborative.

“We won’t come down like a ton of bricks right out of the gate,” said Hector Castro, spokesman for the Washington State Department of Agriculture. “The goal is to help farms comply with the Produce Safety Rule to ensure that food is safe, not to hand out fines and penalties.”

But that doesn’t mean that farms and packing sheds that pose an immediate danger to public health won’t be subject to penalties. After all, these inspections are aimed at preventing conditions that could lead to foodborne diseases. That’s what the Food Safety Modernization Act is all about: preventing health problems, not just reacting to them, as was the case before the act was signed into law. Whereas in most states, state Agriculture Departments will be conducting the inspections, six states — Oregon, Wyoming, North Dakota, South Dakota, Iowa, and Illinois — will let the FDA do the job.

What are the priorities
Higher-risk farms will obviously be higher on the priority list than lower risk farms, which means it will be necessary to categorize farms by risk. Here are some of the known food-safety risks, according to a report, “A Model Produce Safety Implementation Framework”, prepared last winter by the National Association of State Departments of Agriculture’s Food Safety Modernization Technical Working group.