Berry and blackberry grower Aart van Wijk (‘De Sikkert’) from Opijnen, the Netherlands, won’t soon forget the warm summer of 2018. As much as 50 per cent of his blackberries on the sunny side of his orchard was lost because of the heat. “A fellow raspberry grower placed shade screens over his fruit, and his losses were considerably less severe. It was therefore an easy decision for me to make. Despite the warm weather forecast for next week, I sleep much better now!” 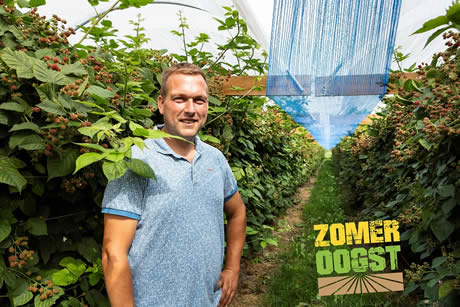 “Last year was extreme, but we didn’t want to be faced with a surprise like that again. Sprinklers were an option as well, but these come with a risk, because mould can easily find its home in a humid environment, particularly in berries,” Aart says. “We think we’ve found a good alternative with these shade screens. The screens are fine-meshed, so rain will pass through them. You’ll always have a little burning, but I expect damages won’t be more than ten per cent with these screens.” 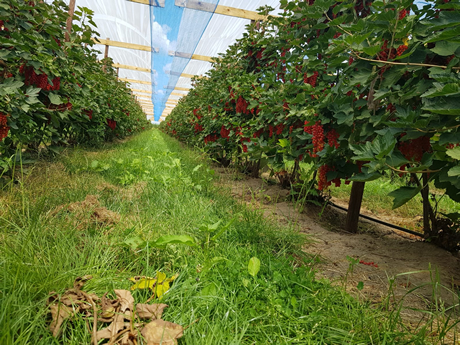 “We expect to pick about 100 tonnes of blackberries this year. If 25 per cent is burnt, it would be such a waste. Not just for the product, picking costs would become so high, we’d barely be able to make a profit. Financially, you just can’t permit a loss that big caused by burning. Last year, we had so much damage on one plot with young plants, we didn’t even pick them. We’re used to mediocre blackberry prices in the summer season, but normally, you’ll get through periods like that thanks to volumes. But last year, we did a lot of work for nothing,” Aart continues. 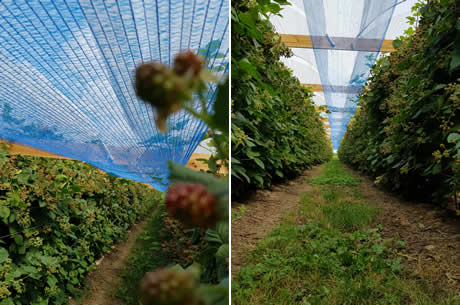 The blue shade screens – white suzuki netting doesn’t stop blackberries from burning – were put in place by Aart’s employees in recent months. “We currently have more than 70 pickers working among the berries, and you don’t want any additional work in this period, which is why we put up the screens mid-May. It’s the same with hail screens, you don’t put those up once they start forecasting hail.”

“In recent years, we made considerable investments in our production. We couldn’t actually make an additional investment, but I expect this one to be profitable. The screens have already been put up, the only thing we need to do is check the plots and lower the outer netting. However, that’ll take just an hour, and I expect the screens to last for about five years,” Aart concludes. 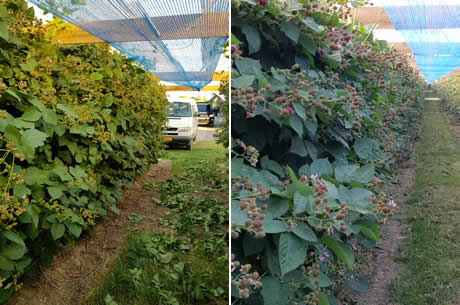