“If you don’t love what you do, I don’t think you can excel in your ambitions”

After almost 50 years in the produce industry, Fresh Del Monte Produce Chairman and CEO, Mohammad Abu-Ghazaleh, is reaping the fruits of his labor.

When Abu-Ghazaleh bought Fresh Del Monte Produce in 1996, it was certainly not the thriving multinational company it is today. The business was saddled with US$300 million in bad debt and its reputation was in tatters. Two previous owners had, at separate times, fled the business and were wanted by police on theft and fraud charges.

But Mohammad could see potential in the struggling business. He embraced the challenge of bringing financial stability to Fresh Del Monte Produce, as well as restoring its reputation. 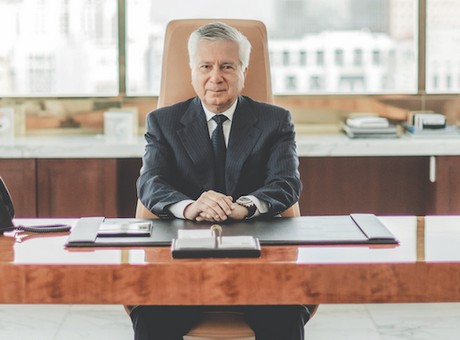 Mohammad – whose father was a fruit importer in the Middle East in the early 1950s – reveals it was his passion for the produce industry that gave him the determination to turn around the ailing business. “I started my career in produce and I fell in love with what we do,” Mohammad explains.