“A brilliant year for Australian grapes”

With the celebration of the Dragon Boat Festival, the 2019 Australian grape season comes to an end. “This year, the Australian grapes sold very well in China and the sales have reached a new peak.” Said Mr. George Liu CEO from Frutacloud, when describing this years’ season.

“It has been more than 10 years since the Australian table grapes entered China. The largest Australian fresh grape variety is seedless Crimson, which is world famous for its red color, high sugar level, and crispy taste. Mildura, situated on the junction of Victoria and New South Wales in southern Australia, has a semi-arid climate with longer daylight hours and large temperature difference between day and night. Its unique geographical location and climatic conditions make it Australia's main agricultural center, supplying 80% of Victoria's grapes.” 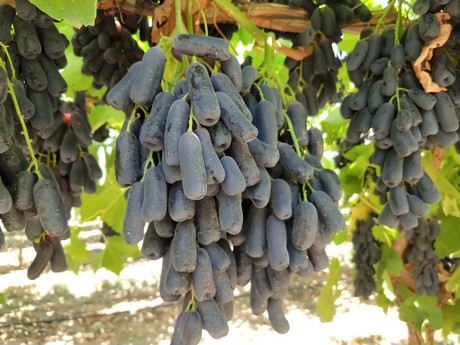 According to Mr. Liu, Australia exports about 110,000 tons of table grapes each year, of which about 37% were exported to China. “As in previous years, this year the Australian grapes started from January and lasted until the end of June. Thanks to the good weather conditions this year, the overall quality of Australian grapes was good. The round red seedless Ralli arrived first in China by air shipments, after the brief warm-up, the oval-shaped red seedless Crimson (with stronger demand and huge volume) was shipped to Hong Kong by sea shipments. From March to April is the peak period of Crimson arrivals in China. This is the same period that the domestic Crimson has not yet started and the same variety imported from Chile and South Africa is not as good as Australian ones in terms of color and taste. Therefore, Australian Crimson is the consumers’ first choice during this period. This year, the price for premium grade 9KG Crimson maintained a high price at RMB 320-360 for a long time, and the standard grade ones also sold with good price at RMB 260-290.” 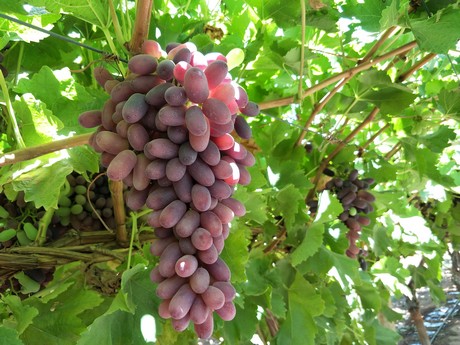 “The continuous innovation and improvement in the packaging of Australian Crimson is the highlight of the Australian grapes this year. While traditional 9KG coffin packs continues to be used, more and more gift boxes in 4.5KG stem up packs arrive to cater to the trend of Chinese consumer’s demand. In the past, Australian Crimson used to be packed with the stems facing down when shipping to China. In recent years, the stem up packing has gradually been accepted by the market.”

“The impression of Chinese consumers on Australian grapes has always been " High-End and Luxurious”. In addition to the world's best-quality red seedless Crimson, this year, much more volume of the new varieties such as Sweet Sapphire, Cotton Candy and Autumn Crisp has been shipped to China and received a round of applause. For example, the 9KG Autumn Crisp hit a record high of RMB 700 before Mother's Day (May 12th).”

“Frutacloud, as a leading enterprise for imported fruit in China, has always aimed to bring high-quality fruit from around the world to consumers. This February, Frutacloud introduced the first arrival of Australian Cotton Candy and received positive feedback from the e-commerce and supermarket channels.” 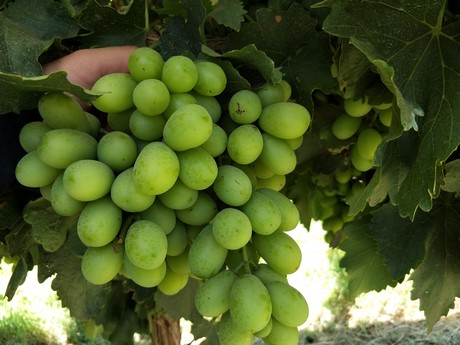 “The performance of Australian grape this year is outstanding; however, it has a not-so-glorious past. In 2016 and 2017, the China market experienced the madness of buyers blindly scrambling for Australian grapes. Importers disregarded the quality and sold the fruit with an inflated price. In the end, the market crashed and caused heavy losses.”

“In the long run, Australian grapes have a counter-seasonal production, superiority and enjoy zero tariffs in China starting from this year. More and more people are going to Australia to seek investment and plantation opportunities. Some importers even send domestic staff to Australia to participate in the packaging process. Frutacloud is also actively seeking opportunities to discuss joint venture planting with some growers. The Australian grape industry still has great potential. With more Chinese people participating in this field, we hope that a more integrated supply chain from farm to customer will benefit the industry greatly.” Concluded George Liu.