Switzerland: Nice growth rates for cultivation and consumption of raspberries

Raspberries are experiencing a boom in Switzerland. Currently the harvest is in full swing. The June heat has delayed the harvest of shrub berries, but now the time has come: The raspberry harvest is practically at its peak. The Swiss season lasts approximately from June to October, with the main harvest accounting for July and August. 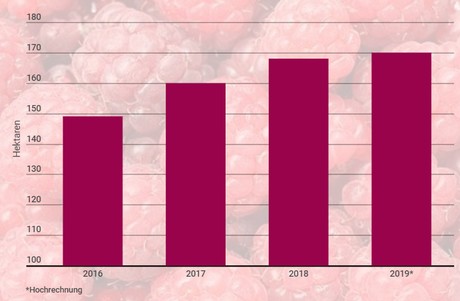 The Swiss acreage for raspberries has been successively expanded in recent years. / Image: Lid.ch

Last year, raspberries were cultivated on some 168 hectares, most of them in eastern Switzerland. This year, the Swiss Fruit Association expects a slightly larger acreage of ​​around 170 hectares. In any case, berries are becoming increasingly popular in Switzerland, as evidenced by the increased acreage in recent years.