An upbeat growth outlook for organic fresh produce was one of the big headlines coming out of the fourth annual Organic Produce Summit held last week in Monterey, California, July 10 -11. Over 1,600 were in attendance, including nearly 300 retailers and 148 exhibitors.

Organizers say the summit itself continues to enjoy growth, with the exhibition sold out. The two-day program included field tours, educational seminars, a pair of keynote presentations and a retail roundtable.

In addition to networking opportunities, the educational sessions focused on international organic produce trends, the continued growth of organic meals at retail, how to deal with the problem of food waste, and a deep data dive into what motivates a consumer to buy organic. 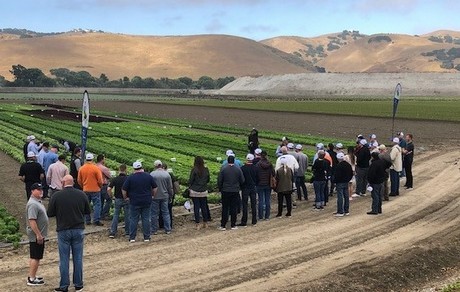 “We’ve literally doubled the size of the event in four short years,” said Susan Canales, OPS President. Canales credits the summit’s success to bringing major players together and looking at trends from all sides. “We are vertically integrated and look at the issues from the ground up. Always looking at ways to reach the consumer and make organic accessible to everyone,” she said.

Laura Batcha, Executive Director of the Organic Trade Association, says their research shows there is great opportunity for growth by moving so called “light” consumers who buy organic products some of the time into “heavy” users who buy organic most of the time. “If you tell your story that will help you hold your price in the marketplace,” she said. “Consumers understand it is not easy to be organic and growers and retailers need to reinforce that message.”

The keynote speakers echoed that sentiment from different perspectives. Activist Robyn O’Brien campaigns against genetically modified organisms and other chemical additives affecting our foods, and sees organic as the only healthy choice. Chef and author, Dan Barber said he loves organic because it tastes good and its healthy. “Deliciousness and nutrient density are the same thing,” he says. 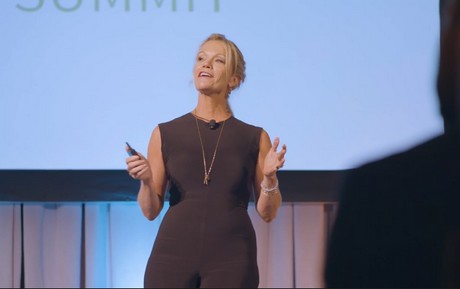 Robyn O’Brien sees organic as the only healthy choice

Telling that story of health and taste is, according to top retailers, the challenge and key to continued growth. Vic Savanello, Vice President of Produce for The Fresh Market, says he sends a message to his customers by the decisions he makes. “Everything is an organic section in my store. Its fully integrated. I carry organic over conventional whenever it is an option and lately it’s been option in almost every commodity.”

Savanello was joined by Don Barnett, Chief Operating Officer for Sun Basket and Greg Corrigan, Senior Director of Produce and Floral for Raley’s for a Retailer Roundtable moderated by Tonya Antle, Co-founder of the Organic Produce Network. All three predicted continued growth in the organic sector, and described how consumers buy will continue to evolve, from organic meals at retails to online sales. Sun Basket’s Don Barnett said, “We are still in the early to middle stages of online disruption in the food industry. Maybe four to five percent today is bought online, that’s going to continue to grow and probably 15 to 20 years from now we’ll see 20 to 30 percent bought online.” 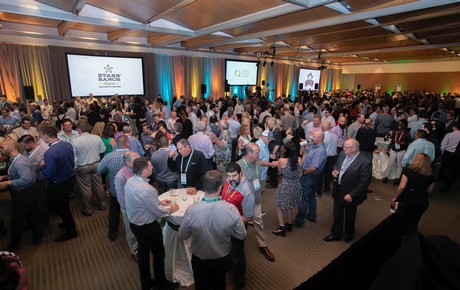 Raley’s Corrigan also sees big opportunities ahead with on-line shopping. “We’re seeing phenomenal growth in online. Whether its click and collect or delivery. We’re latching on to that just like everyone else,” he said.

So, as the industry continues to evolve, how consumers shop will change as well, but chef Dan Barber encouraged all of those at the summit to remember their roots. “Organic was the original disruptor and as it becomes more mainstream, we ought not to lose that energy and enthusiasm. We should dig deeper into the themes and ideas that will change the world, one seed at a time.”