Most of the bananas imported through Shanghai came from the Philippines and Ecuador, some of them came from Costa Rica. The bananas imported through Shanghai mainly sold in the southeastern, coastal provinces. Cambodia also obtained permission last year in August to export bananas to China. Longwu Wholesale Market in Shanghai organized a festive ceremony last year in May to celebrate the arrival of Cambodian bananas on the market in Shanghai." 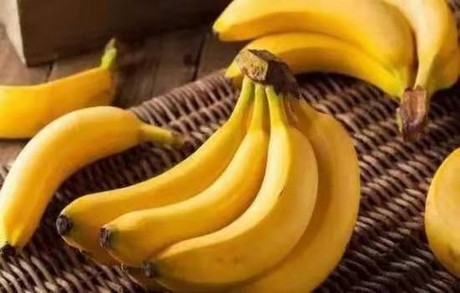 "One of the major banana production areas in China is Hainan Island. This area suffers 1 or 2 typhoons every year. Some typhoons reach grade 12 or 13. The constant strong winds of typhoons can damage the banana plantations. The Philippines, Ecuador, and Costa Rica do not suffer from typhoons. Traders who import bananas from these areas can guarantee a market supply that does not fluctuate as much as the supply from Hainan." This is according to manager Yu, who further explained that "large banana export countries such as Ecuador, Costa Rica, and the Philippines, are able to rapidly cool, wash, package, and ship the bananas within 10 hours of harvesting them. These countries are able to guarantee the highest level of product quality. Furthermore, bananas require assisted ripening after harvest."

"There are several large fruit companies in China, such as Dole and Good Farmer, who have all established processing factories that use ethylene gas to encourage the ripening process. The product quality of these bananas is even and quite good. However, many more bananas on the market are treated with ethephon. This method is inferior to ethelyne gas treatment. Furthermore, the ethephon method is carried out by dealers in underground shelters and not in specialized processing factories.

These underground shelters were previously used for protection against air-raids or natural disasters. There are maybe 300 of these in Shanghai. They are all used by banana dealers. Shanghai, and indeed China, requires the widespread construction of specialized banana processing factories for the large-scale treatment of bananas and other fruits to guarantee product quality." As for the flavor of various bananas, "Ecuador, Costa Rica, and the Philippines all produce Cavendish bananas. These bananas are relatively large and the product quality is quite good. To be honest, the bananas produced in China are relatively small and the flavor is not as great." 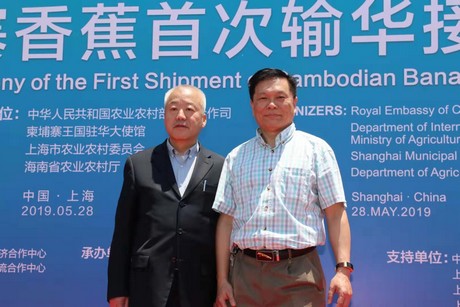 Manager Yu, who is specialized in import, has extensive knowledge of customs procedures. "The General Agency of Customs China (GACC) recently strengthened the inspection and quarantine requirements for the import of fruit. Other than that, the Chinese government has signed free trade agreements with several governments since 2003, including ASEAN countries, Chile, Peru, New Zealand, Australia, and Costa Rica. Chinese companies are able to import fruit from these countries without paying customs. Not only is the tax lower, the import procedure is also simpler and quicker."

"The GACC and the department for inspection and quarantine started working together. Since then, the two parties have already signed two agreements to simplify import. The products are only opened once instead of multiple times. This greatly speeds up the import process, which in turn leads to greater profit for importers. Many import and export traders turn their attention to the Chinese market. The volume of fruit imported to China in the last 5 years is bigger than in the 50 years prior."

Shanghai Longwu Imported Fruit and Vegetable Wholesale Market cooperates with the ambassador from Costa Rica stationed in China. The two parties have planned trade negotiations for bananas and pineapples in September this year.