Demand for domestic watermelon is proving a little irregular this season.

“The demand for watermelons has been up and down,” says Jesse Wiggins of Wiggins Farms in Center, Tex. “It’s been like that all year. Certain pulls when you thought they would pull they didn’t pull and then when they did pull, they pulled well. There’s not really a pattern to it—it’s just all over the board.”

Adding to that challenge is the up and down nature of supplies as well this season. “Supplies look at a little short overall right now because there are so many people who’ve been late this year,” says Wiggins, noting that Florida, Georgia and South Carolina have wrapped production while Mississippi is about to end its production. “And in Texas, the winter gardens are starting and they have plenty of volume. Central Texas will start pretty soon and North Carolina started this week.” 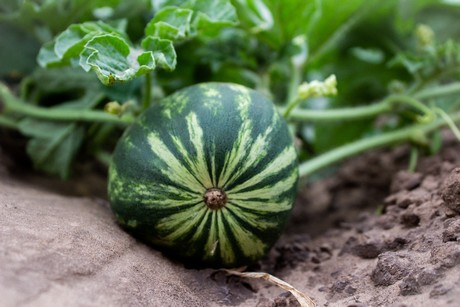 Uneven volume
He says that overall there’s a bit more volume than last season, which was also a spotty season in terms of availability of supplies. “It was like it is right now. Some weeks there were a lot, other weeks there were none and it’s just due to the weather,” says Wiggins.

While the quality has held on watermelons, the interplay between rains and heat followed by cooler temperature has challenged planting schedules. “The plants were catching up to each other so you had more volume at one time when you planned it to be separate,” says Wiggins.

Meanwhile, this leaves pricing steady and average for now. “When we first got going, it was down right after Memorial Day and it hasn’t fully recovered over to where it should be,” says Wiggins.

Looking ahead though, he anticipates a steady flow of volume coming through. “I think everybody is falling more in their window than they did last year,” he says. “And if prices stay the same and nobody does anything crazy, things should finish off decently.”