Washington raspberry growers have been struggling with rain this past week. Steady rainfall has disrupted harvesting and has resulted in greater vigilance for any damage or softness to the berries. Up until now, it has been a good steady season, despite generally cool conditions since winter.

"It's raining right now, which is not good news for raspberries," said Tom Rob of Sterino Farms in Puyallup, Washington. "Everything at Sterino Farms is handpicked, but right now, we are unable to pick at all. The weather during the season has been okay, but since the start of this week, it's been raining quite steadily." 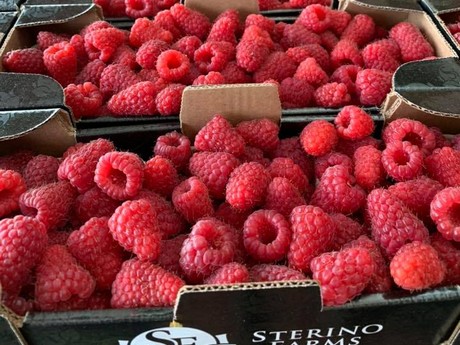 "The raspberry season began on time but it has been cool this year," he continued. "We had a cold winter and a relatively cool spring. Despite this, we have enjoyed a good season and so far and it should remain that way as long as the rain clears soon."

Normal volume and market
Although it has been cooler than normal in Washington, this does not seem to have affected volume, with growers reporting good numbers. The same can be said for the current market, which Rob said is sitting where it normally is for this time of year. "We are seeing about the same volume as we normally do for raspberries," he noted. "Our season should continue through to the end of August." 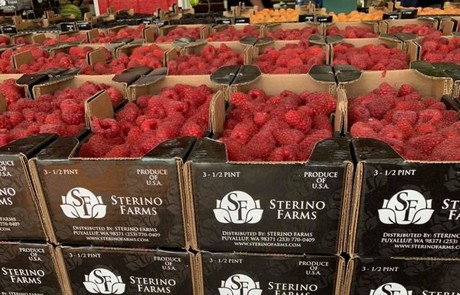 Sterino Farms ships berries all across the United States.