Mushrooms from Central Switzerland are very popular despite rising imports

Mushrooms are very popular with the Swiss. Button mushrooms in particular. Their current share makes up about 90 percent. According to the Association of Swiss Mushroom Producers (VSP), the consumption of fresh mushrooms (without preserves) in 1997 amounted to about 7,500 tons. In 2017, it was over 10,000 tons. At the same time, the domestic share fell from 90 to just over 70 percent during this same period. Accordingly, imports have definitely been developing. The main countries of origin are the Netherlands, Poland and Germany.

This is also felt by the Swiss producers. At the end of 2017, one of Switzerland's most important companies gave up production, being Zürcher Champignonkulturen AG in the Bernese town of Belp. As far as the VSP is concerned, the association noted in the 2017 annual report: "This is a clear sign that the situation has become much more difficult for production in Switzerland itself." 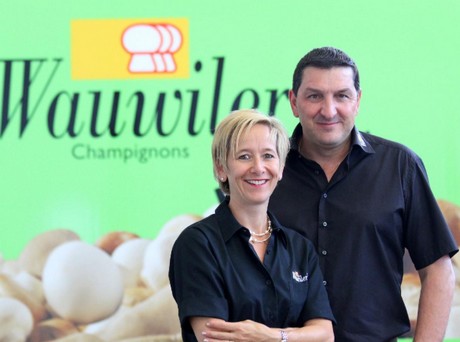 German discounters have launched price wars
Roland Vonarburg is the owner and managing director of Wauwiler Champignons AG. When asked about rising imports, he refers to the actions of the German food discounters. With their entry into the market, the price wars have begun with regard to mushrooms as well. Mushrooms are probably considered an agricultural product in Switzerland, but unlike other agricultural products, there are neither subsidised, nor do the have any tariffs attached to them. Vonarburg told the Luzerner Zeitung: "We are 100 percent subject to any existing international competition."

With the price disadvantage, sales to the catering industry in particular became much more difficult. Originally, firms could play to the 'grown in Switzerland' label, but this is now less successful, according to Vonarburg: "In a restaurant, the origin of wine and meats are always very interesting, but not for the mushrooms on people's plates." 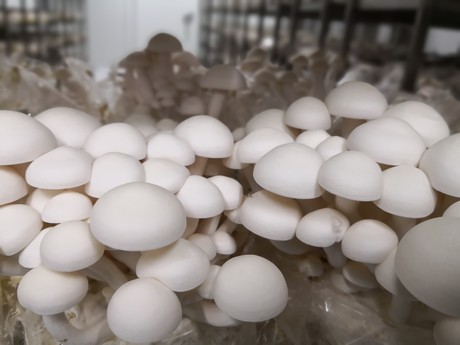 Demand for exotic mushrooms is booming
In any case, the demand in Switzerland is also rising sharply as far as exotic mushrooms are concerned, "especially the last few years, especially the shiitake, which is an boosted by the ecological trend, as mushrooms are healthy, and contain have little fat", says Sepp Häcki, Managing Director of Kernser Edelpilze GmbH. What started at a relatively low level in the production of exotic mushrooms, now has grown as the demand has "certainly doubled in the last two or three years," says Kernser Edelpilzproduzent. However, it also depends on the region: in Zurich, for example, consumption has once again increased significantly more than in the mountain regions. "We supply the Migros co-operatives Lucerne, Aare and Zurich and are gleaning from the numbers that the demand is also growing strongly in central Switzerland. This is not very surprising, since food trends almost always originate in the urban areas, only to be taken up later in more rural areas."