The Freshmax Group has grown from being a wholesaler in New Zealand almost 25 years ago to an international company that serves customers right across the globe. This has occurred through a series of acquisitions including pipfruit and banana businesses, making the Group a major partner to all Australian and New Zealand retailers. The Group also acquired 70% of Australian company Valleyfresh Global five years ago and now owns it outright. Valleyfresh Global has become the driving force behind the international arm of the Group. 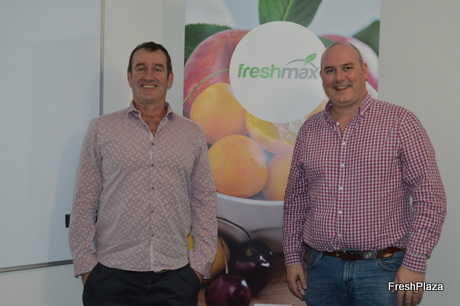 Murray McCallum was tasked with growing the international side of Valleyfresh when he started with the company in 2014, he has since become the Freshmax Group CEO in December 2017.

When Murray started at Valleyfresh it was essentially an importer of fresh produce into Australia. The company now has export offices in Australia, New Zealand, Peru, Chile and South Africa and has increased operations from the US sourcing office through exports to Asia. 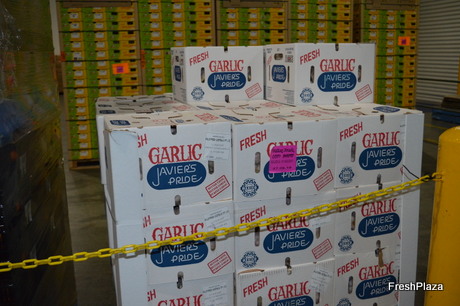 As well as growing and managing their own orchards, the Freshmax Group maintains a diverse range of long standing relationships with growers across both Australia and New Zealand as well as South Africa and Chile. The Group has a big focus on exporting into Asia given its proximity. This focus works well both for Australasian parent operations and those of their satellite export offices around the world, who are primed to sell into the same customer base in Asia. 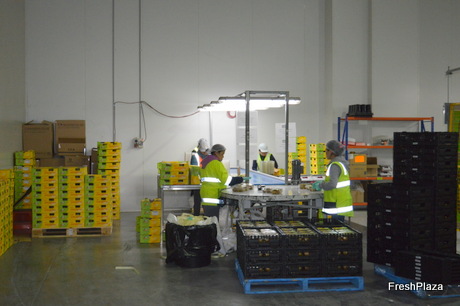 Asia
“At this time of year we will start Californian table grapes into Asia and continue on with supplies from Australia and Chile then South Africa. With grapes we have a 12 month supply into Asia,” explains Murray.

“Asia can be a challenging market with a lot of people supplying it, we have good quality and great IP varieties but in the end it comes down to the exceptional people we have working for us and our strong relationships in Asia and the level of service we provide them. 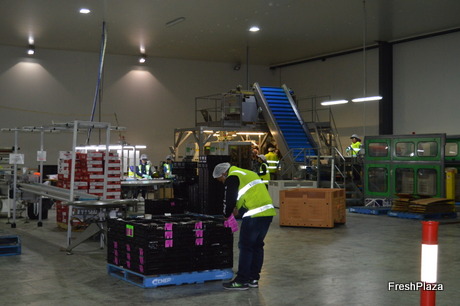 The staff here is consists mostly of permanent workers

“Companies are becoming increasingly category-centric. Our main categories are berries, table grapes, citrus, pipfruit and cherries. We look to thread good IP varieties through these categories wherever possible. Today, if you do not have IP amongst your offering you will quickly lose relevance in the market. When consumers head to retail most of what they purchase is some degree of IP. Our focus for many years has been on securing and curating a broad portfolio of IP varieties and brands. The incorporation of Innovar last year further extended this drive. IP has become a very important part of our journey. Having IP varieties and strong brands is especially important in Asia.” 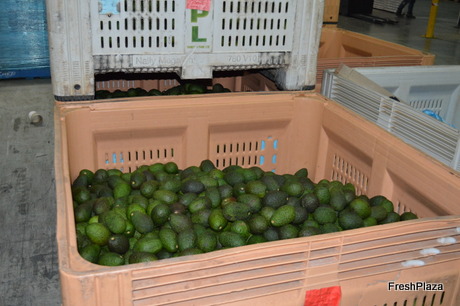 A strong brand
Simon Powell General Manager at Valley Fresh said that although consumers know the apple varieties, they get confused with stone fruit and grape varieties. “The apple industry here domestically is heavily focused on IP varieties and the branding behind that, but when it comes to grapes consumers see a red grape, a white grape or a black grape and there is very little differential on the shelf, and what is driving consumers is a desire for consistent quality of eating experience. The demand for black grapes is picking up. Historically, it has been just 5% of the market, but this is now growing. It has been the same as with blackberries which now have better varieties and are becoming more popular. 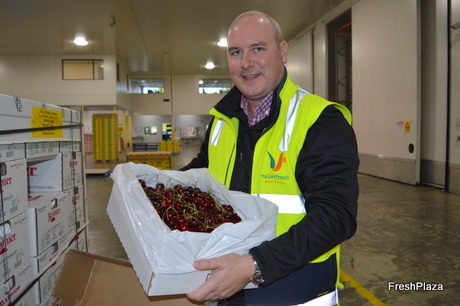 Simon Powell with Rainer cherries which they have exclusivity on

“The key with apple space is what you wrap around it when you take it to market, as has been demonstrated with Modi™, there have been some good IP varieties of apple which have been lost in the mix because they have not had a differentiating factor and drive behind them at a consumer level. The apple market is unique in its ability to differentiate each variety, so it is about how you attract the consumer to buy your apple, but also ensuring that it is consistent. This what we’ve done with the Modi™ apple, its consistent every time you buy it.” 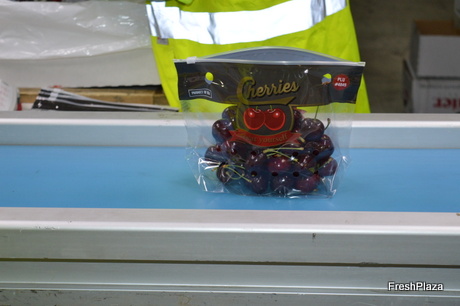 Matthew Crouch, General Manager – Branding & Communications for the Freshmax Group explained their strategy in this space as sustainable brand legacy. “Produce has an incredibly gradual product life cycle, and with a gradual AIDA journey for brands,” states Crouch “this grants us multiple seasons and campaigns to educate a consumer, but it also means that we have to constantly aim to maintain brand momentum and awareness growth for the very long term not the short. The brands that we build both through Innovar and the wider Freshmax Group are all aimed at a 20 year maturity curve, and we now have systems and processes to assess the equity of these brands as they grow.” 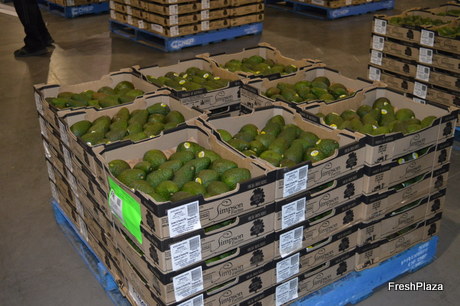 Stonefruit
“Australian stonefruit is really making ground this season in China after a disappointing season last year. Fundamentally, people shipped too early and the eating quality wasn’t right, but this year people have been a lot more responsible. Product has been set at the right time, with the right maturity levels and has gotten a good reception. You will always get people who send fruit too early, but it is rewarding when the majority do wait and send when the fruit is ready,” said Murray. 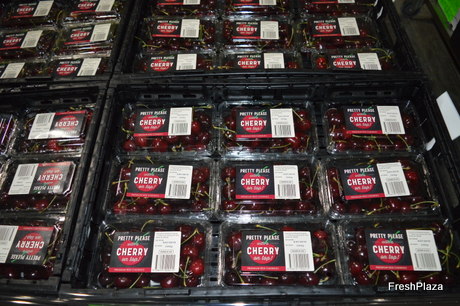 “Australian growers are under pressure though, with increasing costs in labour and water and competition from countries which can produce fruit at half the cost. However, they do have a fantastic reputation particularly for citrus and table grapes and people will pay a premium for them. Ten years ago, both these sectors were struggling but now they are doing exceptionally well. They have a strong export market which makes the domestic market strong too, but stonefruit wasn’t doing so well because it had been consistently over supplied and prices have struggled. This has meant exports, particularly into China, have been good news for the industry. 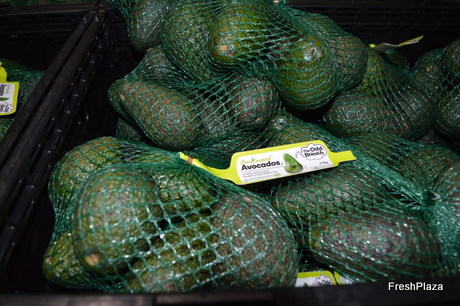 Emerging markets and competition
Murray also sees India as a market with huge potential but reckons its around 20 years behind China in term of infrastructure and logistics and prices. “Products like cherries and blueberries which have never gone into India are going there now. So, like everyone else we are keeping an eye on it.”

Peru is planting blueberries, grapes and avocados on a huge scale and also increasing in quality while at the same time will remaining cheaper than Australia. However, Murray says that Australia will always have the geographical advantage, “We ship to Asia in 12-16 days, where South American countries can take as long as 40 days. Australia also has the reputation, we are a mature trading nation with known reliability.” 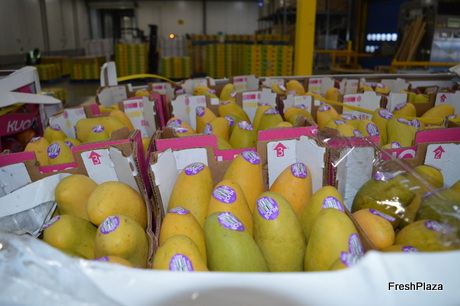 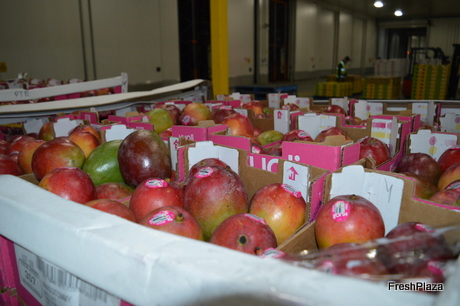 and Tommy Atkins mangoes from Mexico