Normally the end of the haskap berry season in Poland would be wrapping up just about now. That didn’t really work out, as climate change really threw a monkey wrench in the whole thing. It resulted in a season that lasted for just two weeks, rather than a full month.

Normally the haskap berry season in Poland runs from mid-June to mid-July, but according to Anna Litwin, owner of Blue Haskap, this year has been different: “We’ve worked with haskap berries, also called honeyberries, since 2012 and each year is different. This year the season started at the end of May and lasted until mid-June, meaning it only lasted for two weeks. The climate is truly changing and we can see it happening right before our eyes. First we had a very dry spring, then frosts occurred during the blooming period, followed by storms and hail in May, a proper heatwave during the harvest time to close it all off and on top of that we encountered birds that love to eat haskap! All in all it made for a very difficult season and we have 40-50% less crop than we did last year.” 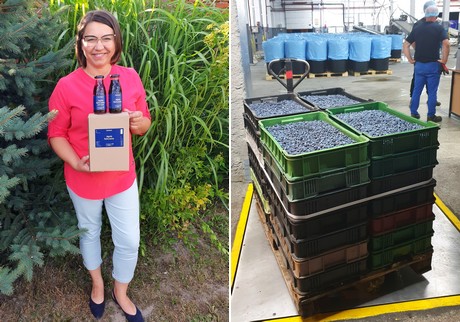 Haskap berries are not a very popular fruit yet, mostly due to consumers not even knowing about them: “There’s a big challenge in trying to sell these haskap berries commercially, as it is still very unknown. However the registration of the haskap berry in Europe did make things slightly better. Climate change will remain a risk, as weather is unpredictable. Therefore there’s not a lot we can change to prevent the issues of this season from happening again,” says Litwin. “We can’t force bees to pollinate flowers during the frost, so in this case we can’t do anything. We’re still looking for varieties that are better suited for the Polish climate, but this takes time. When the berries start to ripen we can cover the bushes with nets to protect them from birds, but we also need to find a proper machine to harvest the berries without losing as much of the crop as is currently the case.” 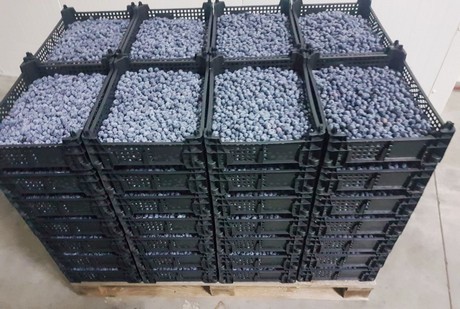 Since the haskap berries have been registered in Europe, Blue Haskap has found new markets for their produce: “Until last year the main export markets for frozen haskap berries were in the United Kingdom, Canada and Japan. Now that the berries are registered in EU we have requests from West Europe and from some Asian countries as well, like China, Vietnam and Indonesia. I can also see growing domestic demand. Anyway, customers want fresh haskap, which is difficult to supply due to the softness of this fruit, meaning the long transport can easily kill them off. This is one of the reasons we’re trying to find better and hardier varieties more suited for long transport times. We’re actually quite close to introduce these to the market.” 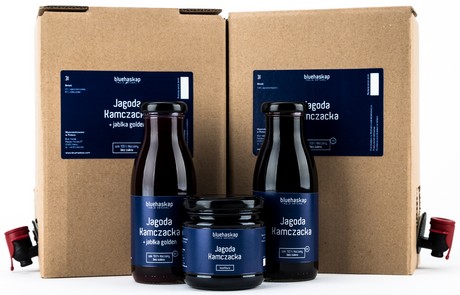 When the haskap berry season is a disaster, Blue Haskap does have some other fruits to back them up: “The Haskap berry is our main product at Blue Haskap. we sell them fresh and frozen, as NFC juice, and in jam. We have our own haskap farm and work directly with other haskap producers to have a bigger amount of raw material. However, our company is located around the biggest apple orchards in Europe, therefore it’s natural that we're working with conventional and organic apples as well. At this time we also offer blueberries, bell peppers, zucchini and eggplants, later we will offer sour cherries, plums, cabbage, onion, carrots, beets and many other products. Our main market for these fruits are in Western Europe, but we have customers in Scandinavia, Baltic countries, Hungary, Romania, Belarus, Serbia, etc. However we’re always looking to expand into new markets!” Litwin concludes. 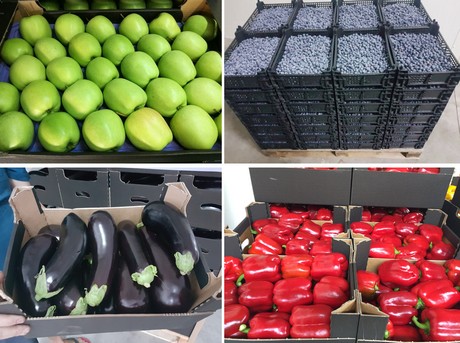