NFO Kring Zeeland / Noord-Brabant and the NFO department Delta Noord recently went on a two-day study trip to Germany. The first company to be visited was Fruithandel Wouters in Rummen, Belgium. 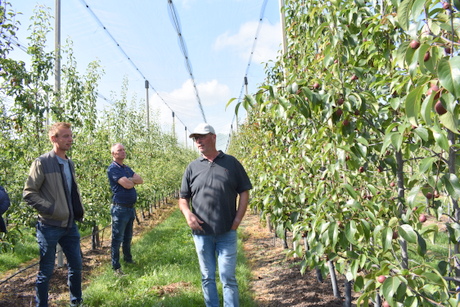 “After the fall of the Iron Curtain, the first Czech and Polish lorries drove through the country to buy fruit. Russia joined them a bit later, and since then, Belgium has exported an enormous volume of fruit, mostly Conference pears, to Russia. A large part of the Belgian top fruit sector focused only on Russia. The sanctions were therefore a heavy blow. Ninety per cent of our sales came from our Russian customers,” says Kris Wouters of Fruithandel Wouters. “This year, with the dry weather and the accompanying large volumes, was a very difficult year. I’m afraid of what’ll happen next season.” 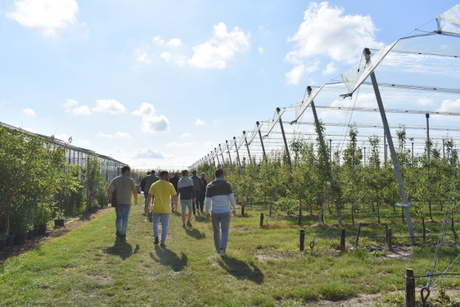 “Growers don’t have enough alternatives”
Wouters doesn’t know how the dramatic top fruit situation in Belgium can be solved, but it’s clear there’s too much product on the market, that growers don’t have enough alternatives and that the fruit consumption in Belgium should be increased. “No country in the world is doing as badly regarding top fruit as Belgium. Yet we’re hoping next season will be better. Apparently, Poland has fewer apples due to frost. Italy has fewer pears as well, and some Belgian regions were affected by hail.” 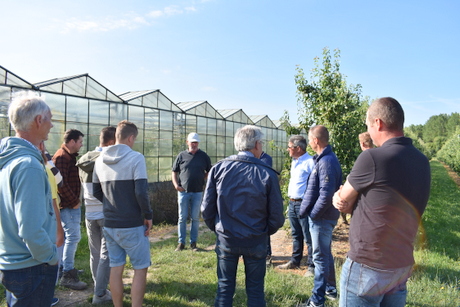 Conference
“Despite the low prices, we haven’t found any new markets for our Conference pears this year. Some countries don’t want rough-skinned pears, no matter how well they taste. The Middle East is a conservative market that prefers small, red-blushed pears. They just don’t want Conference. They prefer eating a pear that looks well but tastes worse, rather than the other way around. A pilot was once done with Conference in Vietnam as well, but the Vietnamese don’t want a rough-skinned pear either, just like consumers in the Middle East,” Kris continues. 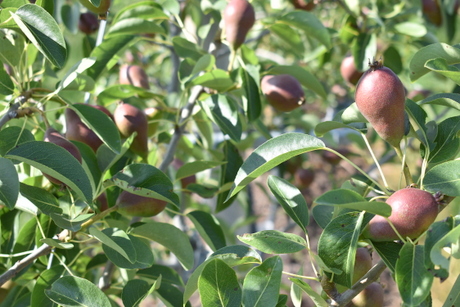 “QTee ensures broadening of clientele”
In 2011, Wouters was introduced to the Celina pear (brand name: QTee) in Norway. “We had already done several tests with South African red-blushed pears, but those all failed. However, the red-blushed QTee did very well in Belgian soils. QTee has now been planted in 11 countries, and the pear was sold to 21 different countries last year. Last year, we had a lot of small pears due to the dry weather, and these were very popular in the Middle East,” Kris says. The QTee is an early variety, and is harvested about 2.5 weeks before Conference. “It’s good that the harvesting period doesn’t overlap with that of the Conference. This way, growers can better spread the busy period.” 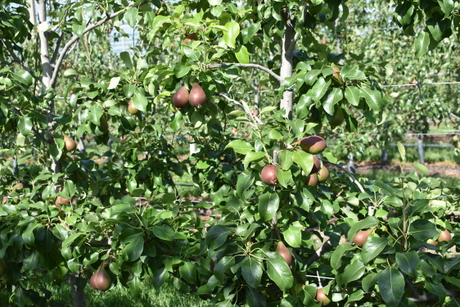 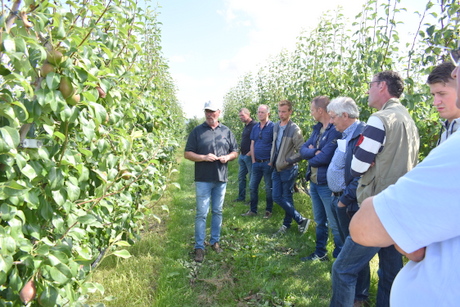