"Murcia's watermelon harvest started around ten days late due to a colder winter and spring than usual. This also meant that the earliest watermelons, which were planted between February and March, have had around 20-30% lower yields than last year," says Jesús Abenza, commercial director of Alimer, one of the largest watermelon producers in Spain, with around 60 million kilos per year. "Next week we will start harvesting the mid-season watermelon, from which we expect higher volumes. The quality of the fruit is very good this year," he said.

"The production area of ​​Almería has finished the campaign without incidents and, fortunately, we have not overlapped with its production at the start of our campaign. Our start has coincided with a heat wave in Europe that has given an exponential boost to the demand, although prices have not been very high. It is becoming increasingly difficult to keep prices at good levels due to the large number of operators and the increase in production costs, which are taking a toll on the sector's bargaining power," said Jesús Abenza. 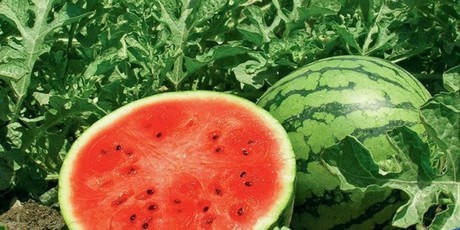 At the moment, according to the commercial director of this cooperative, the competition from other origins is not being felt in the markets. "Italy does not yet have enough production to meet the needs of its own market. Starting in mid-July, the competition from countries such as Hungary, Greece and Turkey could start to become noticeable. The supply is being very well absorbed by the demand and we hope to be able to maintain this balance throughout the campaign, knowing well in advance that prices will gradually fall."

Virtually all of the fruit sold by this cooperative in Murcia, mainly seedless striped watermelon, seedless mini watermelon and yellow watermelon, come from its own plantations. The company is able to supply watermelons from the end of May to the middle of September, although the bulk of the production (around 65% of the total volume) is marketed between the end of June and the beginning of August. During that period, they ship around one and a half million kilos of watermelons daily. "With such volumes, we need extremely accurate coordination with the buyers," says Jesús Abenza.

The company is betting strongly on organic watermelons, of which they are already able to supply over 4,000 tons. "The results have so far very satisfactory," he says. At the same time, "it is also incredible to see how mini watermelons have adapted to the needs of our clients, taking a significant share of our sales in recent years, and continuing to grow. Alimer has made huge investments in order to improve the quality of watermelons, as we believe this is important if we want the product's value to continue increasing."

"We consider ourselves specialists in the production and marketing of watermelons, which are one of the company's most representative products. In the commercial sphere, it is a key product for our growers. I believe that we stand out for the crop's management and for our great capacity to adapt to the circumstances of each campaign. We know how to react quickly and effectively during the more difficult times," he concludes.