“These extremes are causing disruptions to the blueberry season”

The Blueberry season has officially started in Poland and as is tradition, it started the first of July. However, this hasn’t been true for a couple of years, climate change has shifted the Polish blueberry season to start quite a bit earlier.

The Polish blueberry season has not been endangered by the European heatwave. Dominika Kozarzewska of the Polish Berry Cooperative stated that the earlier frosts probably did more damage than the heatwave: “The heatwave mostly caused the blueberry season to accelerate. Meaning we started harvest earlier, however it’s not entirely sure if it will also end sooner. One thing is for sure, climate change has shifted the season. A couple of years ago we agreed we would have the official opening of the blueberry season at the first of July, as we felt this was the earliest moment blueberries could be harvested in Poland. For the past two years the season has actually started earlier than that.” she says. 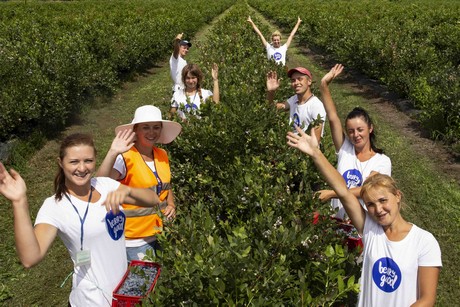 The weather in Poland has been one of extremes lately, Kozarzewska acknowledges: “Even in June and July, we see constant shifts in extremes. If it’s hot, it’s about 40 degrees Celsius, but when it’s cold we’re getting very close to freezing temperatures at night. Not quite below zero, but very cold for the time of the year nonetheless. These extremes are causing disruptions to the blueberry season. I’d heard of these extremes being present in Canada years ago, but we’re also seeing them in Poland now. During the heatwave we had to irrigate the crops a lot more than usual, but luckily the fruits have survived just fine.” 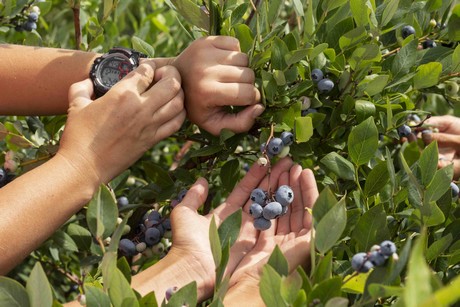 Now that the blueberry season is ready to take off, Kozarzewska feels there are opportunities in Asia for the Polish blueberries. “Like in the past few years our main markets are and will be in Europe. The United Kingdom is probably the most important one, but Germany is becoming bigger and bigger for us. Scandinavia and Holland also remain markets with potential. However we’d really like to get a solid presence in Asia, as we feel there are good opportunities for us. We’re also trying the markets in the Middle East, mostly Dubai. We’ve had a few successful shipments to Dubai, however they were quite limited. The aim is to grow in these countries this season!”

Kozarzewska does feel there is room to grow the industry in Poland. For one, they’ve been looking at using different kind of packaging: “At this time, we’ve been looking into alternatives for plastic packaging, but the truth is this is really challenging for blueberries. Consumers want to see the blueberries through the package and this is not feasible with the alternatives that exist, like cardboard. We’re currently not happy with other options, but as an industry we’ll definitely keep trying. The plastic we do use is recyclable of course, as we do care about the environment.”

When looking at the future, Kozarzewska feels there are some things that need to change. “I’ve been advocating for this for a long time, but I feel too many blueberry plants are planted for the sake of planting. I would suggest a grower finds out where and when he can sell his produce, before actually planting the fruits. Otherwise we can get in the situation where hundreds of growers show up at a wholesale market to get rid of their produce. This doesn’t help the situation on the global market, as consistency is needed. Growers need to come together, cooperate to move forward to a better future for the Polish blueberry industry.” Kozarzewska concludes.