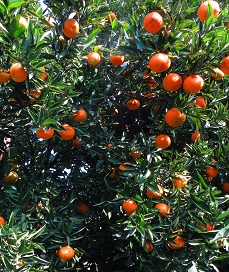 The soft citrus season is busy catching up on an initial slow start due to delayed colouring in many areas. With some southern regions earlier and the northern regions later, there may be a clash in the timing of late mandarins.

In the far and central north of the country harvesting is underway of late mandarins like Orris, Leanris, Nadorcotts and Tangos, but lower down in the Western and Eastern Cape it’s a few weeks yet.

In the Sundays River Valley (Eastern Cape) the clementine season recently ended while Novas (whose original estimate of 750,000 cartons has been upped by another 50,000 15kg equivalent cartons) will probably have a later finish than other years.

There have been reports of creasing on Novas and small calibres on some clementines and Novas in some areas like the Boland. A large amount of Novas have been sent to Russia and Middle East so far this season and the market is reportedly more stable than last year.

In Europe and the UK, Northern Hemisphere late mandarins have remained longer in markets, putting pressure on soft citrus prices. 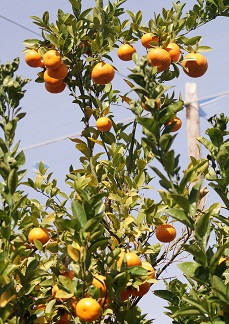 Speaking from the Eastern Cape’s Gamtoos Valley where the weather is a bit warmer than they’d like for colouring, Martina Odendaal, chair of the Citrus Growers’ Association’s soft citrus variety focus group, talks to FreshPlaza about the current season.

This season has been marked by a lot of wind in the region which tends to mark the fruit, making it less exportable. The wind also affects logistics in that shipping is delayed due to ships being wind-bound and cranes being unable to operate at times.

In the Eastern Cape but also in the Olifants River Valley in the Western Cape, orchards have been at the mercy of persistent wind which caused flower drop on Satsumas last year and since then increased wind marks on fruit, which is eroding packouts.

However, Martina says, it is now important for the industry to exercise self- discipline in the face of low packouts and not to oversupply the market with marginal fruit. “South Africa’s fruit has a good quality image in the overseas market and should not be jeopardised.” 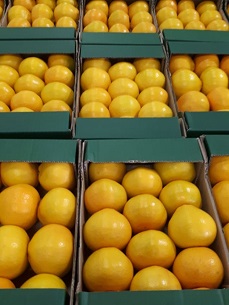 Satsuma arrivals were a bit dicey this year - not unexpected on this very early and challenging cultivar, she says. ”Perhaps it’s a good thing that it comes at the start of the season when everyone still has energy!”

“We were very optimistic about the Satsuma season. The fruit appeared good with high yields, bigger sizes and good internal quality but it’s just as if the peel didn’t have long legs."

"The growing season has been warmer and I tend to think you can start to feel the effect of climate change. So there was some spoilage that arrived at the market, but at the same time there have also been very good arrivals for some producers.”

Although there is a feeling that for Northern Hemisphere and Southern Hemisphere producers this variety will come under increasing pressure by counterseasonal export offerings of late mandarin types, “there are always those positioned in the ‘sweet spot’ that can make it work," she says.

Growth of soft citrus
Soft citrus growth over the past three years is 24%. In an area like the Boland over 1,300ha of have recently been planted to soft citrus (a 40% increase), in the Sundays River Valley, Nelspruit (Mpumalanga) and Senwes (Mpumalanga/Limpopo) over 900ha of soft citrus, respectively, have been added over the same period.

The latest estimate for soft citrus is 18.3 million 15kg equivalent cartons, two million up over last year and almost 5 million 15kg cartons up over the year before.

About half of South Africa’s soft citrus orchards are non-bearing – the big volumes are yet to come. In fact, on late mandarins two-thirds of the country’s 9,000 ha of orchards are not producing yet.

Martina notes that with the coming wave of soft citrus, it is imperative for a company to stay distinguishable in the market by protecting its good reputation and being diligent in stimulating demand.