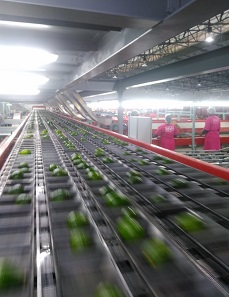 This year has seen a definite reduction in avocado volumes on the European market with lower volumes coming from both South Africa and Peru, two of Europe’s leading avocado supplying countries.

“It is certainly a very different pricing season to last year’s market fluctuations. Greenskin prices have been more stable than in the previous season starting lower than 2018 prices initially, but they have maintained a consistency which resulted in above last year’s pricing from approximately mid-April to date."

"On the Hass front the early part of the season pricing has also been lower than 2018 but reached parity a few weeks ago and is expected to rise whereas last year the price continued a downward trend all the way into August,” he explains.

He continues that it would also appear that there is an increase in demand this year off of the back of last season’s large volumes contributing to a greater awareness of avocados in the market. Although it is still too early to say, the increased marketing from the World Avocado Organisation into other European regions like Italy is expected to positively contribute to consumption whilst countries like Germany are also seeing consumption on the rise. 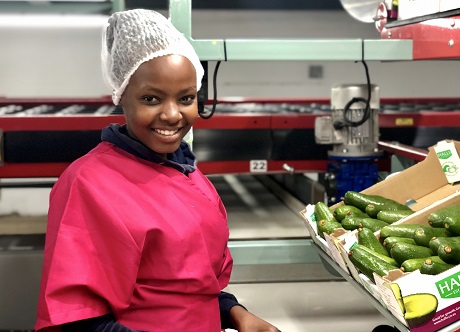 "Majority of our fruit goes to ripening facilities"

Halls is known for its consistency in the ripe and ready market, a trend that continues upward this year. “The majority of our fruit is sent to ripening facilities, whether our own or supermarket customers’ service providers,” says Craig.

The Halls network sold 32,000t of avocado last year in Europe which is a combination of their owned farms in South Africa as well as their grower partners globally. “We have been supplying customers 365 days a year for many years, the only difference is our rapidly increasing volumes over the last 12 months as we have expanded our ripening facilities and broadened our geographic reach”, says Craig.

Halls are also seeing good growth from their grower partners in Kenya and Colombia and Craig highlights how the new office in Madrid has enabled more consistent supply from Spain, Mexico and Israel.

Currently, the business is transitioning towards a majority Hass production in its South African operations. “Out of South Africa we’re still heavily weighted in Greenskin at around 60/40 but investing in moving this towards majority Hass. We have new projects both at our own Halls farms and our grower partners, which will increase Hass production significantly over the next 5 years,” he says.

The company has expanded its offices into European countries, being based in Rotterdam, Paris, Marseilles, Madrid, Frankfurt as well as the original head office in Kent, England.