Mohamed Marawan about the lower apples prices in Poland

Poland is in the corner that’s receiving all the punches lately. After having only little time to assess the damages the frost had caused in the orchards, the prices of the apples are currently taking a nosedive. According to one producer and exporter of Polish apples, this decrease has little to do with the apple market itself.

Last May, the prices of apples in Poland were, on average, 66 per cent lower than in May 2018. This was stated by Poland’s Institute of Agricultural and Food Economics (IAFE). According to Mohamed Marawan, Managing Director of Sarafruit, this decrease in price has very little to do with the actual apple market. “People have been hoarding apples in their cold chambers for a long time, but the current state of volumes is not the reason the prices are so low. The ‘plummeting’ prices are due to the lower quality of apples that are still available, which are not very popular. Also there are hardly apples left that are actually suited for export,” he said. “Volumes are actually starting to run low right about now.” 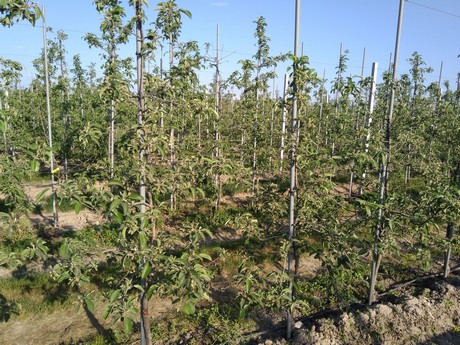 The dip in prices only adds more problems for a select few apple growers and exporters, as the frost destroyed a large amount of the crops: “To this day we still see apples just falling off the trees. We still hear varying numbers when it comes to the damages. Some say they lost half of their produce, some say they lost even more. For us it means changing up our business slightly as we’ve started to import produce from various countries to sell to supermarkets or export to Germany. It will be a difficult season, but this is how nature works and we just have to deal with it. I’m sure we’ll recover at the end of the line.” Marawan concludes.