For one family farm, it exhibits at the Organic Produce Summit because the show is solely focused on organic produce. That’s it.

“Since we’re 100 percent in organic production, it gives us the opportunity to reach our current and future customers who are also focused on organics,” says Patty Emmert with Duncan Family Farms in Buckeye, Az. Emmert adds that Duncan has exhibited at the OPS every year since its inception.

At this year’s show, one area of focus for Duncan is the company’s baby tender leaf items which include spring mix components, spinach and arugula as well as kale, romaine and culinary herbs.

Uptick in production
Emmert notes that Duncan just completed harvesting product out of California’s Central Coast and has transitioned its production to its Southern Oregon operations. “And in the coming weeks, we will start harvesting in Upstate New York,” says Emmert. Production has increased for Duncan due to demand and expansion in its geographic reach.

Meanwhile, summer demand has remained strong for Duncan even though they typically see a slight dip for baby tender leaf production during this time of year. 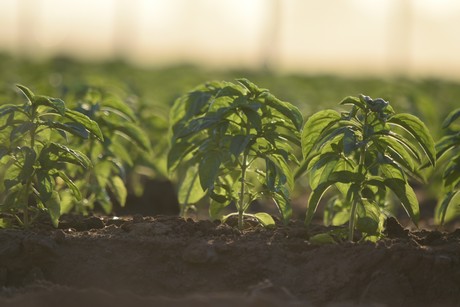 Yet, leafy greens will clearly be a talking point for Duncan at the OPS. “One of the things with this show is you tend to have a lot of the major decision makers in buying and contracting. A lot of them are at this show,” she says. “OPS has done a great job bringing in a diverse group of speakers addressing opportunities and challenges that are focused on organic production.”