With hot temperatures settling in over South Carolina and other parts of the Southeast this past week, growers are noting that such extremes are becoming more common due to the effects of climate change. It’s not just hot temperatures in summer that are causing a concern, but warmer winter temperatures and the increased risk of storms and extreme rainfall are seen as some of the more serious challenges being faced by peach growers as the climate changes.

“Richter and Company is a fourth-generation family farm, which was established back in the 1920’s,” said Lloyd Richter of Richter and Company. “In more recent years, we have seen a tremendous amount of variation in weather, which is making it more difficult to farm. These weather variations have become more apparent, not just for Southeast growers, but also for those across the country in places like California as well as other parts of the world.”

“The biggest concern is the warming up of the winter months,” he continued. “Peaches require a certain number of chill hours during their dormancy period. If winters continue to warm, we have a greater chance of a poor winter in terms of chill hours. We are also seeing more intense storms and generally less stable weather conditions across all of the peach growing regions. This year we saw temperatures of over 100°F in late May. On top of that it was very dry. Therefore the trees went into survival mode and stopped ripening. Fortunately, this was a temporary situation which has now been resolved, but it’s an example of issues we will more frequently face.” 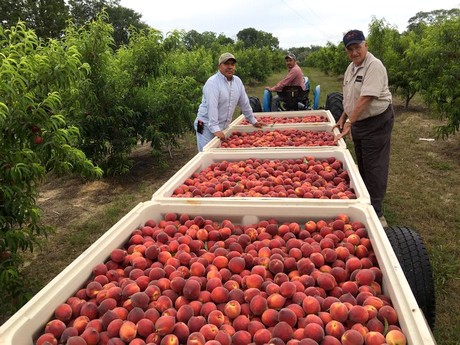 Mitigating risk
So what are growers doing about the impending challenge of climate change? The reality is that there is not too much they can do about the climate itself. In terms of farming practices, the development of different varieties might help to offset some of the impacts, with more hardy peaches that can tolerate more extreme weather and require less chill hours. Richter said as a company, they have established orchards in various locations. While this helps to widen their peach availability, it also helps to mitigate some of the risk of extreme weather.

“We still put out a lot of nice fruit,” he explained. “Our farms are spread out over multiple states including Georgia, Alabama, South Carolina and Virginia, which acts to also spread the risk. Because these regions overlap, we always have availability for our customers even if one region is impacted by severe weather. Of course, it’s harder for smaller companies, many of which are in one location. We can only hope that in the future, farming methods will continue to improve so we continue to have a viable industry.” 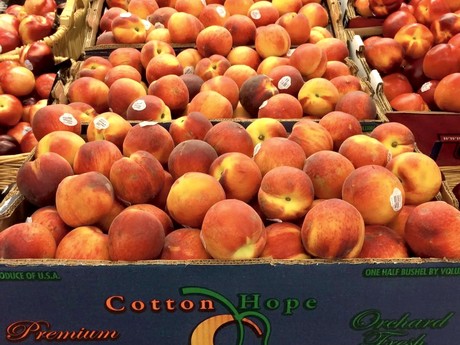 South Carolina a major grower
South Carolina is one of the largest peach growing states in the United States. Richter and Company grows over 50 varieties of peaches which allows them to have a lengthy season stretching from early May to September across the different regions. According to Richter, while the company’s orchards in other states start and end during the peach season, South Carolina tends to produce peaches for the entire period.

“Currently, we are harvesting in South Carolina, Georgia and Alabama,” he shared. “We are just waiting on Virginia which usually begins in the middle of July, about the same time as New Jersey. South Carolina has the longest window of production and we generally always have peaches from South Carolina available throughout the entire season.”

“Richter and Company is one of the largest peach producers in the eastern United States and we sell peaches all the way from Florida up into eastern Canada and sometimes also in the Midwest,” he added.