“We believed the organic arena needed something special”

With the Organic Produce Summit just around the corner, companies are commenting on the value the event has in the produce calendar. Grape producer Anthony Vineyards is one of the companies that are sponsoring the event, after having been invited to attend since the Summit’s inception. Rob Spinelli, Sales Manager at Anthony Vineyards, said the company saw the value of the Organic Produce Summit even before it began.

“Anthony Vineyards was asked to join in the very beginning and we decided to take that opportunity,” he recalled. “We believed the organic arena needed something special when it came to holding a trade show and this is exactly what has occurred.”

Spinelli added that it was anticipated that the Organic Produce Summit was going to be a success. “We always believed it would be a success and it has certainly proven to be. The very first Summit in 2016 was already excellent, but by the second, we really saw what a success it can be. Each year, it keeps getting better, confirming the value of having a produce trade show with an organic focus.” 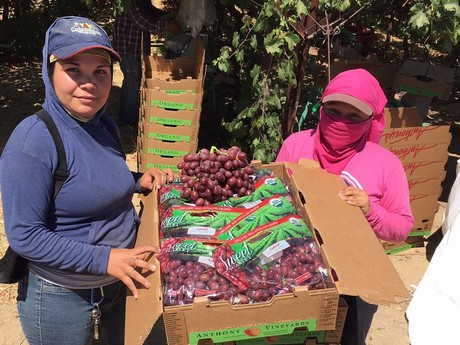 Proximity to growing regions
Spinelli believes part of the success of the Organic Produce Summit is its timing during the year. He said July is a pleasant month to visit Monterey. Moreover, the proximity to the major California growing regions that are in season now, makes a visit by retailers and other customers very appealing.

“Each year, we are seeing more retailers attending from all over the United States and beyond,” he observed. “Many of them make a week out of it, visiting the growing regions which are in season and within a few hours of Monterey. This provides them an opportunity to tour farms and see picking, packing and shipping in action. From that perspective, it adds to the overall educational value of the Summit.” 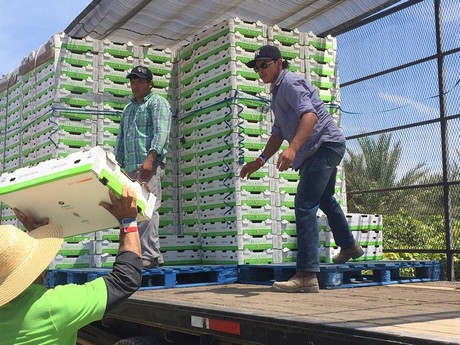 California grape season ramping up
The Organic Produce Summit also comes at a time when the California grape season is really ramping up. Anthony Vineyards is currently in its Coachella season and by the time the OPS begins, organic and conventional grapes will be starting out of the San Joaquin Valley. The company also grows dates, an item that visitors can sample if visiting the Anthony Vineyards booth.

“At our booth, we will have organic grapes as well as our organic Medjool dates, of which there will be samples,” Spinelli shared. “We will also have an overview of the main packaging options we have and will be ready to talk about all the different offerings Anthony Vineyards has.”

Visitors to the Organic Produce Summit can visit Anthony Vineyards at Booth #303.