Strong citrus volumes from Karsten in the Northern Cape

The Karsten Group is a farming enterprise based in the Northern Cape, taking advantage of their proximity to the Orange River to produce (in order of volumes) table grapes, dates, citrus, pecan nuts, top fruit and cherries, the latter two on their farms in the Western Cape. Around 85% of their production hectares are in the Northern Cape.

Their grapefruit season is about a third through and although fruit is a bit smaller than last year, fruit quality is particularly good with strong packouts, says Marius Bester, project manager on Mosplaas Sitrus, a 375 hectare farm on the banks of the river. They started select-picking their Nadorotts last week, and there, too, the quality is pleasing.

Marius notes that current indications in the markets where they send their citrus are positive and they’re expecting a good campaign, which ends around week 35 for them. 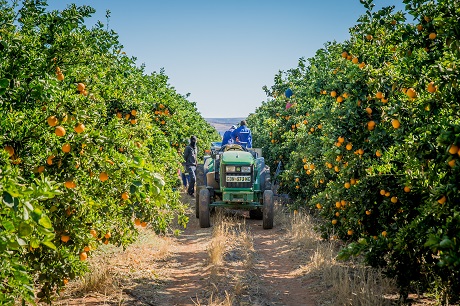 The Mosplaas Sitrus packhouse will manage 20,000 export tonnes of citrus this season, those of the farm itself and a nearby producer, of grapefruit, oranges, lemons and mandarins, working two shifts a day during the citrus season.

Picking the crop and packing it, with pruning shortly following on its heels, is done by 600 people on the farm. On this, the only citrus farm in their portfolio, grapefruit features strongly, as one would expect, with 146ha Star Ruby and Nel Ruby. Almost all of the citrus orchards were established under a decade ago and they have invested strongly in a broad portfolio of late mandarins over 152 hectares: Nadorcott, Morr, Valley Gold and Leanri.

Karsten Marketing sells about 70% of their own citrus; the balance is done by Suiderland Plase. The Northern Cape has market access to the United States, which takes 80% of their grapefruit, the rest going to the EU and Russia. 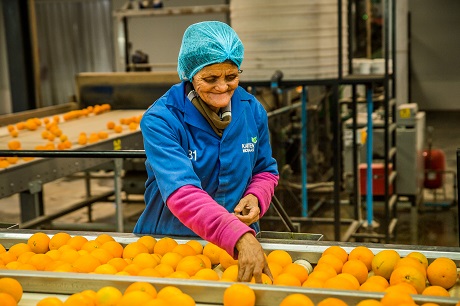 Pomefruit season better than last year
Their apple harvest is done for the season, a better season than last year, although the heat wave of spring affected their Packham pears which came to a lighter crop.

Their last apples to be harvested were Cripps Pink/Pink Lady apples, but packing will still continue for another four months, until the end of this month for the Regular Atmosphere (RA) rooms.

The Karsten Group is a grower-exporter on a major scale: over 1,350 permanent employees complemented by between 4,500 and 5,000 seasonal workers during peak season. The vast majority of product handled by Karsten Marketing (formerly New Vision Fruit) is grown on Karsten’s farms and packed at its 13 packhouses across two provinces.

The company focuses widely, on the UK and the EU, Russia, South East Asia and Africa.

The company’s logistics partner, Horizon Fruits Logistics, does about 11,500 containers a year, strongly growing from 1,400 containers just over a decade ago. The logistics company is the result of a partnership between Karsten SA Holdings, Suiderland Plase and Fruit & Veg International.

Karsten owns a 50% share in Timerfruit, a trading business that not only markets Karsten’s fruit overseas, but also third party fruit from across the world to European clients.