Indian tariffs on US apples already being felt

Last Sunday, it was announced that India had increased tariffs on 28 US products from 50 percent to 70 percent effective immediately. This was in retaliation to Washington removing India from a preferential trade treatment surrounding steel exports. One of these products is apples where tariffs were increased by 20 percent, bringing the total duty on US apples from 50 to 70 percent. India is a major market for US apples and this will especially affect Washington producers.

This issue has been going on since last year, when India initially announced it would impose a 25 percent tariff increase on US apples. Although that initial threat never eventuated, suppliers noted it did disrupt the market.

“The impact of the India tariff situation has been ongoing over the last year,” said Toni Lynn Adams of the Washington Apple Commission. “In August, the Government of India announced it would apply an additional 25 percent tariff to U.S. apples on top of the standard 50 percent duty. This caused a rush to get product into the market before the tariff went into place. When the tariff did not go into place, the market was flooded and shipments dropped significantly (minus 83 percent) in the first three months of the 2018-19 season. The tariff has continuously been postponed, causing uncertainty throughout the current season.” 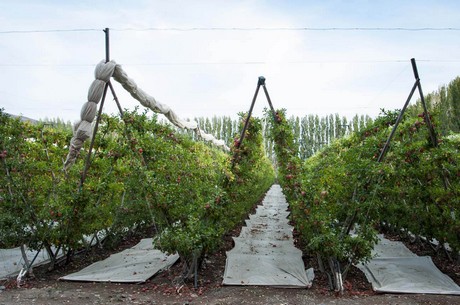 Exports to India already down
Adams said that Washington exports one-third of its fresh apple crop, which represent 90 – 95 percent of total US apple exports. On average, India is the third largest market for exported Washington apples after Mexico and Canada, with Red Delicious a particular favorite. She explained that exports to India are already down on last season.

“India is a strong Red Delicious market, which is Washington’s highest produced variety. In the 2017-18 season, 8 million boxes were exported to India and 7 million were Red Delicious. With a smaller crop volume this season and a potential tariff increase disrupting the market throughout the year, season to date exports to India are down 66.8 percent.”

“It is disappointing to hear that another barrier to trade has been enacted on apples,” she added. “We are hopeful for a resolution before the start of the upcoming season.” 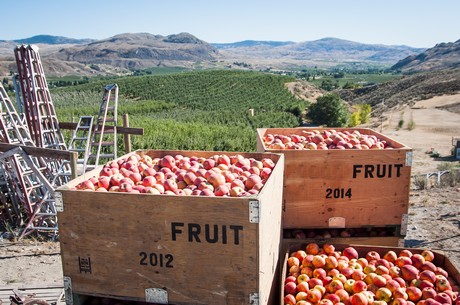 Suppliers waiting for bigger impact in fall
Washington growers say the effects of the latest announcement and subsequent increase on tariffs will truly be felt once the new Washington crop starts shipping in fall. Exports from last year’s crop have now largely finished. Therefore, growers and exporters will be keeping a close eye on developments over the next few months to see if there will be any reversal on the implementation.

“Our shipping season to India has been complete for a month now so the initial tariff increase will not affect us right at this moment,” said Randy Steensma of Honey Bear Tree Fruit Co. “India is starting their own local apples in three weeks so the timing of the India government announcement is more of a bonus to their local growers. We will start picking new crop apples in three months. We do hope that the two governments can come to a fair trade resolution before then. In the meantime, growers are just pawns in a political game of trade.”