Great Britain a market of reference for seedless grapes

The United Kingdom has always been a market of reference, especially for seedless grapes. FreshPlaza talked about it with Maurizio Ventura, licensing manager Europe for SunWorld International. 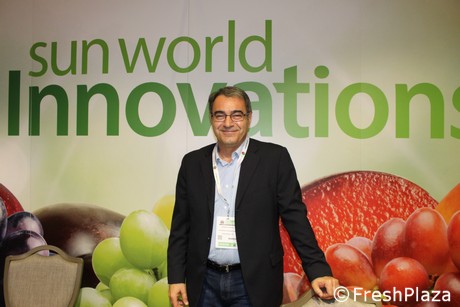 "The discount channels such as Lidl and Aldi have gained popularity in the UK and now hold large shares of the market. Nonetheless, they still sell seedless grapes, as it is in demand."

Over the past twenty years, Italy has gone from not accepting seedless grapes to excessive production. "The new cultivars licensed over the past few years are more fertile. Producers were not used to it, but quality improved a lot."

"During the Global Grape Summit, it emerged that there are 85 varieties of table grapes. How can we avoid confusing consumers? On the one hand, there is the tendency of presenting the produce as a mere commodity, and it happens with most cultivars. On the other hand, there are grapes that stand out in terms of flavor." 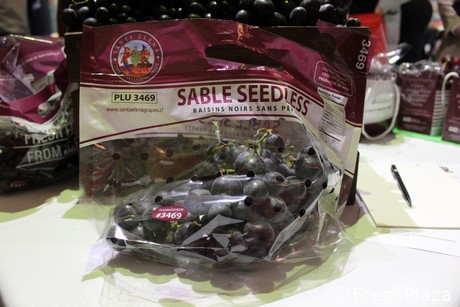 Sable Seedless is the perfect example. "It is a very aromatic variety that should in theory not be suitable for the British or Northern European markets that prefer a more neutral flavor. In practice, though, these types of grapes are gaining popularity precisely in these markets. It is an important piece of information, as we often tend to disregard an option only because no one has ever tried it. British consumers, for example, did not know about Sable Seedless or Cotton Candy, but appreciated them once they tried them."

"In Italy, there is a high percentage of Italia grapes with respect to other cultivars but, over time, seedless grapes have become more and more popular and producers are now wondering whether to invest on them or not, as demand for seeded grapes drops."

According to Ventura, seeded grapes will not disappear in Italy, but only high-quality varieties will remain. "In the UK, America and other markets consuming seedless grapes, this phase occurred 40 years ago. If they survived it, so can we." 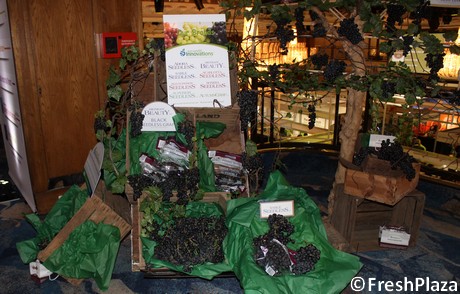 Sun World Innovations and The London Produce Show and Conference
Sun World Innovations is always a sponsor of The London Produce Show and Conference. "There were not fresh produce fairs in the country before this and we strongly believed in this format: quick meetings, small stalls, very focused in B2B. It seemed weird the first year but now we are used to our meeting calendar. It is so useful to meet clients and suppliers.