About 10 days ago, harvest of Giumarra’s specialty DulceVida nectarines started in California’s Central Valley. “It’s a specialty program, called DulceVida,” says John Thiesen with Giumarra. “The breeding takes place in France and we hand-pick the varieties that we would like to test and grow here in the Reedley area,” he added. DulceVida’s white-flesh and yellow-flesh nectarines are known for its high brix levels. In addition, the varieties yield well. Once the trees are in full production, Thiesen expects them to produce up to 1,800 boxes per acre while the average throughout the season for all varieties (Dulce Vida and non-Dulce Vida) is about 1,000 boxes per acre. 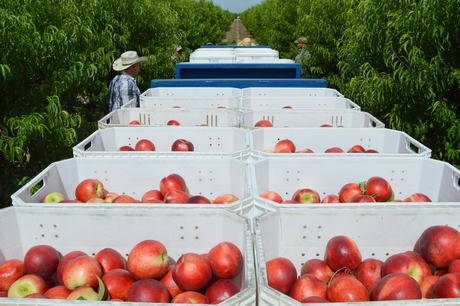 “It’s a relatively new program for us as we signed a formal agreement with the breeder in France six years ago,” Thiesen shared. The first trees were planted in 2014, so the oldest trees are five years old. “Once you get to 4th and 5th leaf trees, you get into normal production.” Although Giumarra has the Exclusive License Agreement, the company has sub-licensed other companies in the area with Homegrown Organic Farms growing organic nectarines from the DulceVida program. 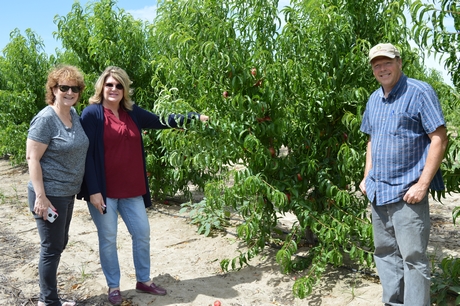 To differentiate the DulceVida program from ‘regular’ nectarines, Giumarra has developed clam shells for this specialty program. 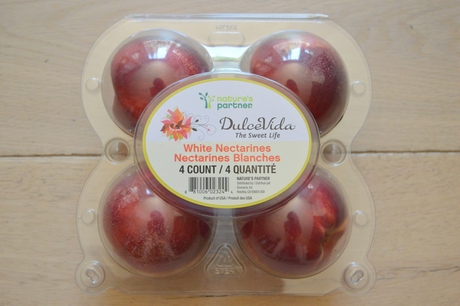