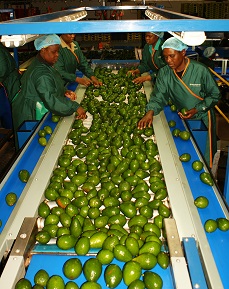 The current season is markedly different from last year when a massive crop strained resources and price levels.

So far the European market has been much emptier. In fact, there is an approximate 10,000 4kg equivalent carton difference  between avocado supplies from all origins in Europe in 2018 and 2019 at week 24.

Not only are Hass prices up – some exporters say significantly, others more circumspectly call them ‘promising’ – but incidences of sunburn, wind and thrips damage are down, making this one of the best quality seasons he’s ever seen, says Simon Tattersall, MD of Afrupro in Tzaneen. The volumes are strongly down, though, between 35 and 40% in their area, he says.

They are about 65% through their season, sending most to Europe (he notes that Germany has been a good market), to the Middle East and then, a first for them, to Singapore. “A bit of a dark horse” he calls the destination, which has pleasantly surprised them as well as taking pressure off the European market through taking small Hass fruit.

He does note that they’ve seen avocados reach maturity much sooner, putting pressure on the pace of harvesting and Simon expects their season to end sooner, by around week 32. This could be the result of an early flowering (particularly on greenskinned varieties) last year. “It’s a bit of a headache but not nearly as much as last year’s massive volumes.” 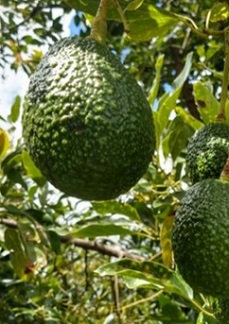 In the Mooketsi area, where some of the earliest Hass in the country come from ZZ2’s orchards, harvesting is 95% done, with just late varieties like Lamb Hass left.

“Prices have been reasonable but with the volumes down as far as they’re down, you’d have to have crazy prices to make up for it and the prices aren’t crazy, the prices are good. But it’s not going to make up for the drop in volumes,” says Clive Garrett, ZZ2 marketing manager.

In the Nelspruit area the harvest is progressing briskly, where Hass is down (and very small, some farmers note) and where Pinkertons are already flowering heavily while the crop is still on the tree, putting pressure on farmers to get pruning done before the next crop sets.

In KwaZulu-Natal, the greenskinned harvest has just kicked off; Hass will follow next month.

The very late avocado orchards in the Southern Cape are about 60 days away from the start of harvesting.

Pruning to flatten the curve of alternate bearing
Pruning is an important weapon in the avocado grower’s arsenal to minimise the effect of alternate bearing. Athol Currie, previous chairperson of the South Africa Avocado Growers’ Association, notes that in KwaZulu-Natal there are Pinkerton orchards that yielded 35t/ha last year – but as little as 6t/ha this year, due to the phenomenon of alternate bearing.

“We’ve come a long way in developing pruning techniques to flatten the curve of alternate bearing, because buyers need continuity. It won’t be long before we crack the code on alternate bearing. Nutrition and water management and pruning need to be on point. Attention to detail is very important to manage alternate bearing,” Athol says.

He notes that the phenomenon is spurred by an event, like climate or a massive crop or letting fruit hang too long, waiting for price level improvement, and once trees follow the pattern, it’s difficult to get it out of their system.

Last year avocado growers from the early areas tried to get better prices for their fruit by letting it hang into mid-season, which alas had little effect on prices, but it did put trees under stress. There is now widespread reflection in the industry on whether it is a worthwhile practice, particularly in early areas.

Finally, the industry waits for the opening of the Chinese, Japanese, South Korean and US markets. These markets have made it clear that they’re looking for nothing but Hass, and negotiations are still at a bilateral level after completion of the mitigation studies.