For one organic grower, this year’s Organic Produce Summit is a chance to show visitors the full extent of what its company has to offer.

A&A Organic Farms out of Watsonville, Ca. plans to feature its expanded line of products which include Persian cucumbers, ginger, broccoli, organic turmeric out of Jamaica, heirloom tomatoes and much more. “The table gets crowded really fast,” says A&A’s Andy Martin, adding that A&A also plans to display its new organic lemon program coming out of Sonora, Mexico. 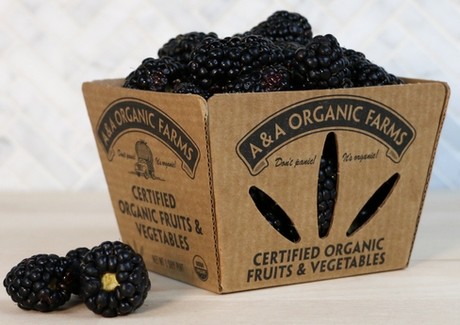 For A&A, it’s in its third year of showing at the Summit and it’s also returning as the reigning champion of some sorts. “Last year we won the Organic Innovations Showcase Award for most innovative packaging,” says Martin. “We’re using this recyclable cardboard container for our 1 lb. strawberries and we also have an open pint basket that’s good for berries and tomatoes.”

In fact, A&A’s heirloom tomato program will be a particular highlight at the show. “We have a new grower down in Baja, California so we’re going to have a steady production of Heirloom tomatoes and what we call rainbow cherry tomatoes. It’s a blend of different colored tomatoes,” says Martin.

Expanded tomato offerings
He adds that the heirloom tomato crop has also just begun and the rainbow cherry tomatoes are in production already. “We also have a new item, a cocktail tomato on the vine and that’s in a 12 oz. clamshell,” he says. 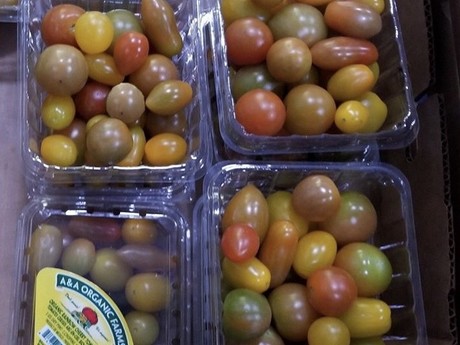 Martin notes that A&A is carrying an increased volume of tomatoes this year. “But it’s also more diverse,” he says, noting it has added a second tomato grower. “We’ll have more totally in units but it’s going to be spread over more items. Last year we had a whole bunch of the same thing.”

Given the relevancy of the tomato season, it’s likely to make for a talking point at A&A’s booth. “I feel like there’s more interaction in general at this show,” says Martin. “This show is so quick that you really get to interact with all the people. It feels chattier and it feels like people want to network more.”

And networking is something Martin encourages new visitors to do at the show. “Take part in everything the show offers,” he says. “It is short. But if you dive in and enjoy everything, it’s well worth it.”