Supplies of broccoli out of California are looking consistent again.

“It always gets a little rough during the transition from Yuma, Ariz. back to Salinas, Ca.,” says Victor Wilcox with First Quality Produce in Fresno, Ca. “But now that it’s back in Salinas Valley, it should be—barring any major weather issues—fairly consistent until about November.” After November, supplies switch back over to Yuma.

Supplies out of Salinas began around the middle of March and Wilcox notes that the volume looks to be similar to last year’s supplies.
Consistency is welcome again after a bit of a challenging year for broccoli. “It got off to a tough start back when it first transitioned in November-early December,” says Wilcox. “A lot of that was due to the North American-wide romaine lettuce recall at the time. That wiped out the entire romaine crop and customers started pulling other green vegetables including celery, broccoli and other types of lettuce. That set things back a little bit.” 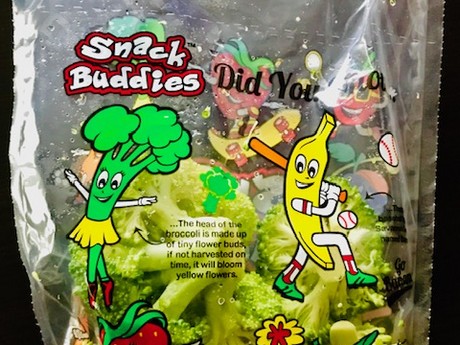 Foodservice dip in demand
However demand seems back on track for broccoli, though Wilcox, who mainly supplies the foodservice side of the business, is waiting for First Quality’s annual dip in demand for broccoli. “With foodservice, a large portion of broccoli is used in schools so during the summer-time, demand goes down for us because schools are out of session,” he says. “The demand will go down the next six to eight weeks until about early August, when it starts back up again.”

All of this means pricing looks to be fairly consistent, though slightly higher than last year by approximately 10-15 percent. “This could be from a number of things,” says Wilcox. “They could still be trying to recover from the romaine deal in November-December. Or the field isn’t producing as much volume as years past. Prices have also gone up on packaging, tariffs, etc.”

Looking ahead, Wilcox anticipates a summer of consistency when it comes to broccoli. “If it gets really hot in the Salinas Valley, you might see some price escalations just because they can only work a limited amount of hours to get the broccoli out of the field before it gets too hot,” he says. “Other than that, I think it’ll stay fairly consistent.”