"We knew there was going to be a lot of interest"

California-based organic specialist Viva Tierra will be one of the 150 exhibitors present at the upcoming Organic Produce Summit in Monterey, California on July 10 and 11. The company supplies an array of organic produce from the United States and around the world, with apples and pears a particular focus. Viva Tierra's Matthew Roberts says the timing of the summit is ideal as it straddles the apple and pear seasons while also noting the event's venue and location.

"It's about the fourth or fifth year now of the Organic Produce Summit," he said. "From the time it was planned, we knew there was going to be a lot of interest from a lot of people and sure enough, each year the event is well attended and continues to grow. Additionally, there is a growth in interest from retailers and we see more attending each year. For us, it is good timing because typically at this time, we are just about to start the new domestic season of organic apples and pears out of California." 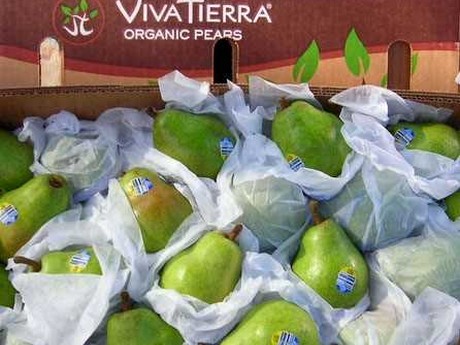 Fruit samples and new packaging on display
Viva Tierra also imports fruit from South America in between the domestic seasons, and is therefore expecting to have some mid to late varieties at the booth. The company is also hoping to have some early California fruit should it be available. Roberts announced that Viva Tierra will be launching new packaging just in time for the California season which will be on display.

"The California apple and pear season is running late, but we are hopeful of getting enough fruit together to showcase some of the new season crop at our booth," he shared. "We will also have some of our import apples with us. Something new this year will be a new packaging design which we will be spotlighting at Organic Produce Summit. It's a new line of packaging focused on the upcoming California season." 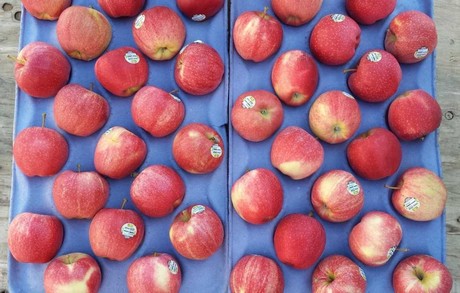 California apple and pear season running late
As mentioned, the California season is expected to start later than normal due to the cool and wet spring that has impacted the entire state's crop, especially those in the northern reaches. Gala and Bartlett are going to be the first apple and pear varieties that will be available from California. Apart from the later start though, suppliers are not expecting any other major issues.

"It's been a cool spring throughout the growing season and therefore we will be seeing a late start on organic Bartletts and other early varieties," Roberts observed. "We are excited to have more varieties of organic apples coming and at this time, we are hitting the peak of the import season. We will have Gala apples available from the start to the finish of the domestic season and by the time California starts, we will have wrapped up our Chilean season. Viva Tierra will have a good selection of varieties available throughout summer."