Domestic apples are up against cherries and soft fruit

Supplies of domestic apples continue to move progressively, though demand may ease up now to make room for summer fruit season.

“We’re still shipping last year’s crop. On some varieties, we’re going longer than on others. The most popular varieties we’re out of,” says Jim Allen of Glenmont, NY-based New York Apple Sales Inc. “We’ll be packing through June and maybe into early July.”

Over at Apple King LLC. in Yakima, Wa., Michael Saunders notes that Apple King started the year with a smaller crop. “By the movement, it has felt like a large crop. Domestically, we’re on target but exports are well down below the last few year’s levels,” he says. “This is in part due to tariffs, but it’s also complicated by a large European crop, a large national crop and imports from the Southern Hemisphere.” 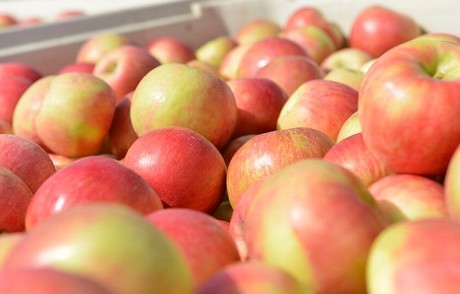 Remaining varieties
In terms of varieties, New York Apple’s Allen notes that it has Red Delicious, McIntosh, Empire and some Fujis left while it’s out of Royal Galas and domestic Honeycrisp. (New York Apple is importing Koru apples from New Zealand as well as Honeycrisp). Apple King also has Red Delicious, Fujis, Granny Smith, Royal Galas and Cripps Pink (Pink Lady) apples and are out of Honeycrisp, Golden Delicious, Braeburn, Crimson Delight, Romes and all organics.

At the same time demand is fair, though possibly easing up somewhat, depending on the variety. “Demand certainly diminishes as we get into the summer months. We’re up against cherries now which just dominate the produce department and soft fruit out of California and the Southeast,” says Allen. “The demand is also pretty good on Koru—it’s new crop. The volume isn’t as big as normal so therefore the demand is pretty good on those.” 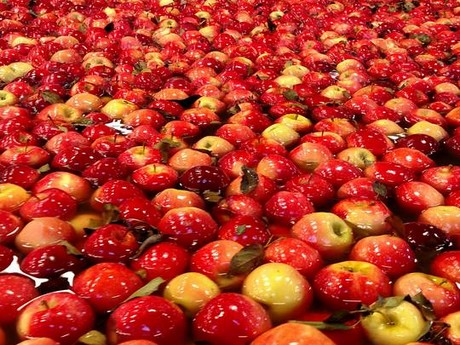 That means pricing almost looks two-tier. “Pricing on some varieties is good--Fuji, Gala, Granny Smith and Golden Delicious. Red Delicious pricing is okay on higher grades,” says Apple King’s Saunders. “But pricing is lower than it should be at this time with the inventory on hand. In the last few years, the pricing was increasing at this time.”

Import pricing strong
Allen describes the pricing on its imported Korus and Honeycrisp as “outstanding” given the limited supply. “Red and Golden Delicious are priced what it is to move product and the pricing is similar to last year,” says Allen. 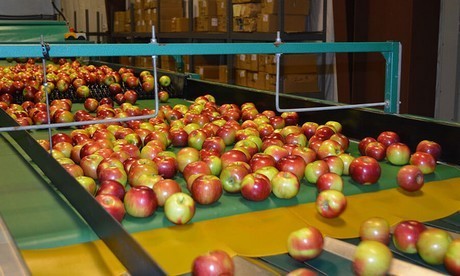 While expectations from both are similar to what’s been happening domestically, and possibly slower sales on exports, growers are looking ahead at the 2019 crop of apples.

In New York State, growers are still trying to determine what the bloom and set was. “We have to go through the June drop so as far as New York is concerned, we think we’re looking at a smaller than normal-sized crop because of a weaker bloom,” says Allen, noting these predictions are still early ones.

Meanwhile in Washington, during bloom, Saunders notes it looked as if the state had a record crop. “There has been a large natural drop and the crop size has been pared down to a manageable size,” he says. “It’s uncertain at this time what that is, but talk now is that they don’t want to see anymore drop.”