On Thursday it was tradeshow day at The London Produce Show and stand holders as well as visitors were enthusiastic about the event. This year saw a record number of attendees at the event. Typically the morning was busier than the afternoon, but the flow of visitors remained pretty steady all day. There were seminars and chef’s demonstrations running throughout the day. 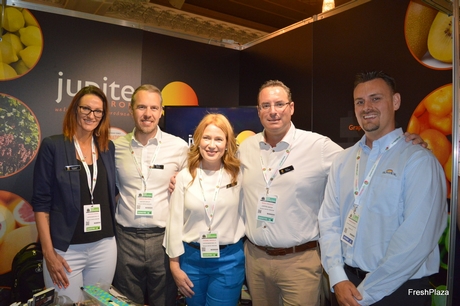 The team from Jupiter Marketing

There was a good mix of international companies from around the world alongside the British ones. Following the first Global Grape Summit on Wednesday international grape growers were well represented. There were many new faces this year as well as people who have been there since the first London Produce Show six years ago. 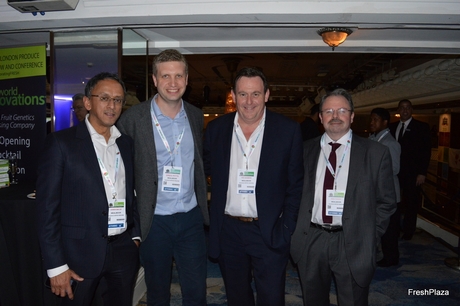 The gentlemen from Wealmoor at the cocktail evening

In a press conference The Breeders Alliance Company was launched, a cooperation between four of the world’s top fruit breeders which will work together to stop the illegal use of  plant material and protect Intellectual Property Rights.

FreshPlaza will have more reports from the event next week including our full photo report of the Cocktail evening and tradeshow on Monday.

The event continues on Friday with a number industry tours. 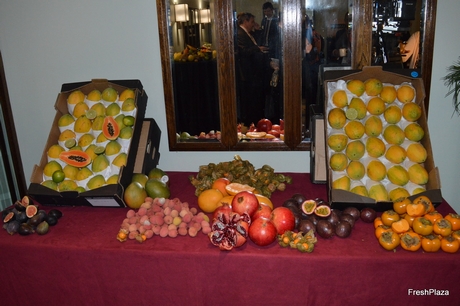 A range of produce from Wealmoor 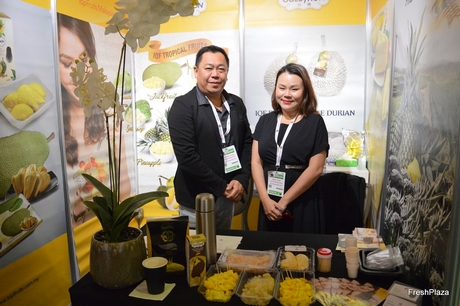 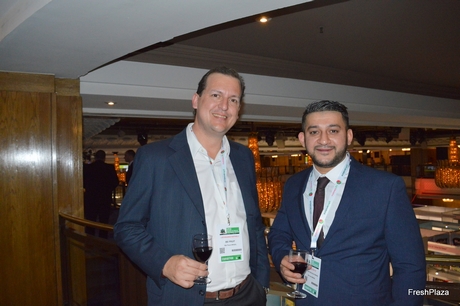 Luiz Eduardo Raffaelli and Hamza Sethi from BE Fruit 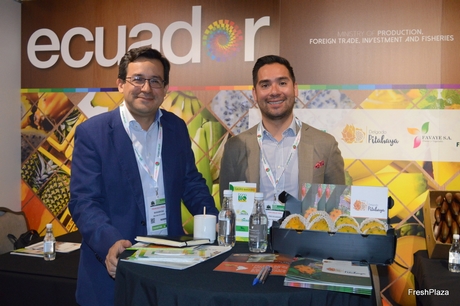