“This move represents an additional 72,500 square-foot production space from our previous space,” said Glenn Messinger, Vice President of Branch Operations for Baldor and former Boston General Manager. “Not only does this allow us to strengthen our regional food system and improve our distribution cycle and reach, it solidifies our position as a distribution leader in the New England area.” 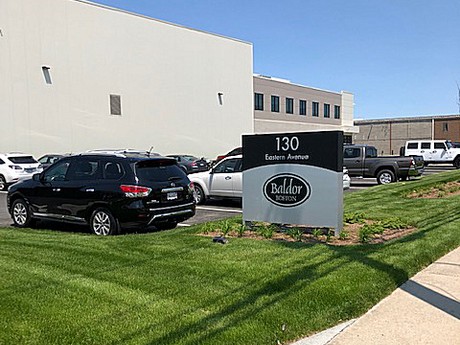 Situated on a seven-acre site, the Baldor Boston facility at 130 Eastern Avenue in Chelsea has ample room to expand further, according to the company, which adds that this would bring additional jobs and economic vitality to the region. The Baldor Boston facility move comes on the heels of Baldor’s recently opened new additions to its Bronx, NY headquarters, with plans to expand their Washington DC area facility also in the works.

“Together with our Jessup, Maryland facility and recently renovated Bronx, NY headquarters, our state-of-the-art warehouses can readily service the needs of our growing list of restaurants, corporate customers, and retailers,” said Baldor CEO, TJ Murphy. “Baldor now offers more than 6,000 ingredients including fresh cut produce, dairy, meat, and grocery categories and we’re always on the hunt for new items and categories that give our customers an edge."

Baldor Boston handles accounts throughout New England, from Worcester, MA to Portland, ME.