The imported volumes for Brussels sprouts have declined slightly since 2014. In 2014, total volumes exceeded 30,000 tonnes, and by 2018, volumes were approximately 24,000 tonnes. Compared to 2016 and 2017, however, this was a slight upturn in imports, according to the Federal Agency for Agriculture and Food (BLE). 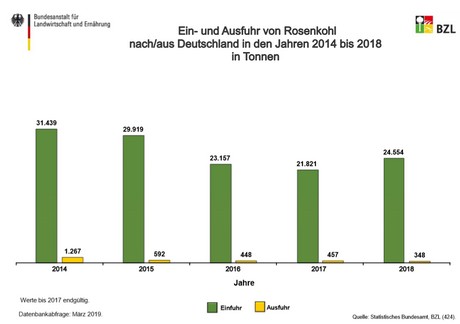 Also, the importance of so-called Brussels sprouts specialties, such as Flower Sprouts seems to have become less. "We note that the need for Flower Sprouts has declined somewhat in recent years. Among other things, because the product is now also represented in the supermarket," reports a gastronomy supplier, which gets this vegetable variety primarily from Holland." Maybe it has to do with the fact that the Flower Sprouts have been in the supermarket for some years now, so it in a sense has become more of an everyday product." 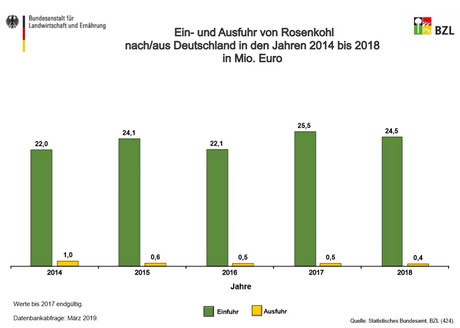 In addition, the 'normal' Brussels sprouts in Germany - as well as in Switzerland and Austria - are increasingly cultivated in regional cultivation. "However, I can currently judge the long-term viability of Brussels sprouts, and we are starting the culture on 8 hectares on a larger scale for the first time this year and we do not know how the product's popularity will develop in the long term. However, the lion's share still comes from the Netherlands," says a grower from the Palatine who supplies the regional wholesale trade.