Pumpkins and squash: alternatives to deal with weather damage

The pumpkin and squash campaign has been rather satisfactory so far. In some cases, the foreign produce exceeded expectations, also in terms of quality. Lunga di Napoli squash are late due to the unusual weather during May, but producers need to be ready for all kinds of situations, just like La Zucca Rossa did.

"We can't complain when it comes to 2019. We have worked with squash of various origin, starting in February with limited volumes from Portugal. We also imported 200-300 tons of good-quality produce from Tunisia," explains Giuseppe Ventura who, together with his brother Ciro and his son Antonio, runs the wholesale business at Centro agroalimentare di Napoli (CAAN). 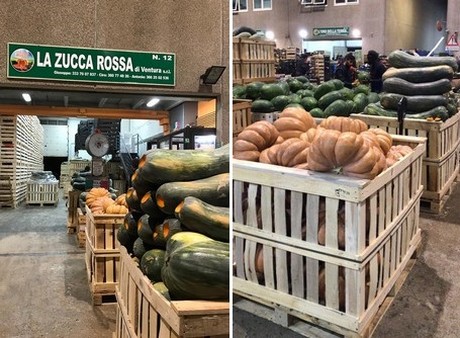 Fewer quantities arrived from Argentina, as the weather did not favor production. "Anyway Argentinian squash has been having shelf-life problems for years."

Thanks to a cooperation with another company, La Zucca Rossa also supplied produce from Peru. "Around 10 containers that did well on the market - excellent produce that obtained satisfactory prices." Squash from South Africa also performed well.

Giuseppe reveals that "we have initiated a project with a leading foreign company to grow Lunga di Napoli squash outside of Italy, though using Italian seeds (Scafati). The first volumes arrived at the Naples market around 10th May 2019."

"This was a positive thing as the bad weather caused serious damage in the Scafati area, leading to lower yields and delays of at least 20 days." This year, sales are expected to start around July 10th. 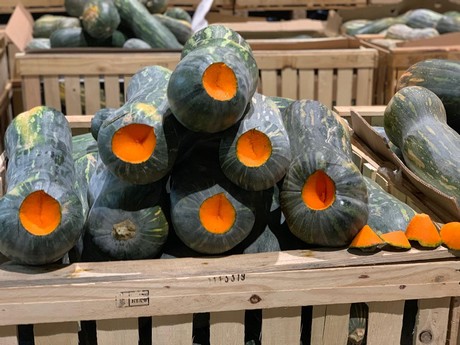 "You need to have a plan B. Indeed we won't be able to meet all requests from clients, but they won't be left without any produce at all."

"At the moment, La Zucca Rossa is trading produce from Peru (4-5 containers), small quantities from South Africa and Lunga di Napoli of foreign origin. The price of the latter hovers around €1.20-1.40, while the others have a price exceeding €1.50."