Growth of about 50% within 5 years

Significant increase in imported raspberries in the German market

The import of raspberries in the German trade has increased massively in recent years. A total of 21,686 tonnes were imported in 2014, and total imports in 2018 reached 33,767 tonnes. This means a total increase of 50 percent, as a report by the Federal Agency for Agriculture and Food shows.

During the season in the northern hemisphere, Spain is still the most important country of origin for raspberries. In recent years, however, Morocco has caught up quite a lot, according to several traders. With blueberries and raspberries in particular, Morocco is increasingly represented in the German market. Similar trends are observed in Switzerland. "Currently the quality can easily measure up with Spanish and Dutch goods," said a trader. 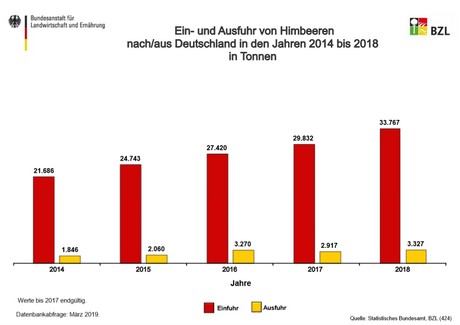 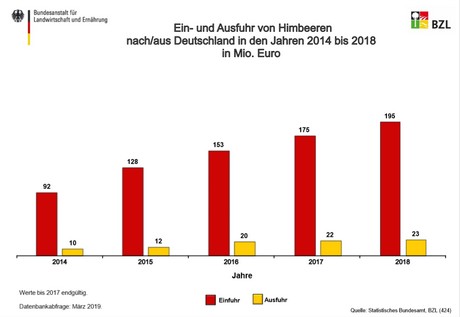