In the past, there was sometimes a shortage of organic apples in the summer, says the NFO. This Dutch Fruit Growers Organization has now reported that this is no longer the case.

Sales of this product have been going very smoothly over the last few months. In March and April, 35% more organic apples were traded than, on average, in the previous five years. According to the European Biofruit Forum (EBF), this confirms the apples' high quality. 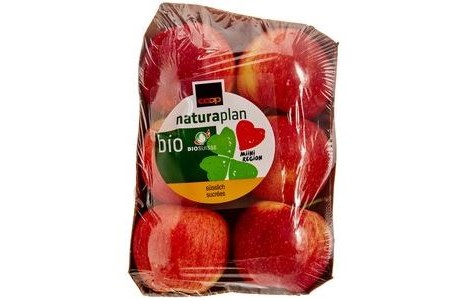 The refrigeration capacity of organic apples has clearly expanded in recent years. The increased sorting capacity also ensures that quality fruit is always available. The product is now available all year round. This means the organic apple market meets an important requirement from supermarkets. This market is now able to supply these apples during times when they were not able to do so in the past.

Currently, there are still enough Golden Delicious and Jonagold (mutations) available for the retail sector. These should last until the Gala's new harvest. Braeburn, Topaz, Pinova, and Kanzi can also still be found at greengrocers.

Organic apple prices remained at an average level last season. This, while prices for conventional apples are under tremendous pressure. This pressure is due to the abundant supply of these apples. According to the EBF, this indicates that consumers are willing to pay more for organic apples.

European organic apple growers had a record harvest in 2018 too. However, they also had to deal with quality problems brought on by the heat. In April, EBF members still adjusted their stock prognoses down by 6%. They made this adjustment because the pack-out was lower than previously expected due to quality issues.