The Dutch Royal couple encountered a first during their visit to FruitMasters last Wednesday. During a tour of the company a new packaging machine was taken into use. The machine packages Kanzi apples in a handy carton tray with a lid and is fully recyclable. Queen Máxima received the first circular fruit packaging. 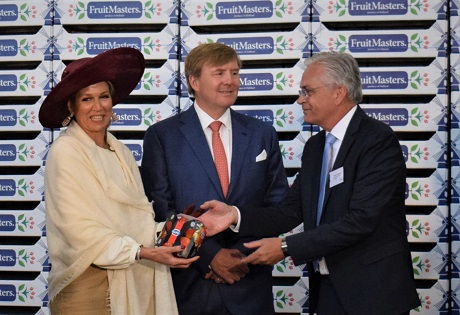 The Royals' visit to FruitMasters was part of a regional visit to the Betuwe. In the municipality of West Betuwe the Royal couple visited the testing garden and the sorting and packaging station for apples at FruitMasters. 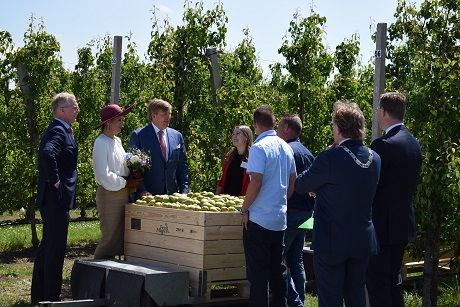 Queen Máxima  and King Willem-Alexander spoke to young fruit growers about the future of the Dutch fruit cultivation between the fruit trees. 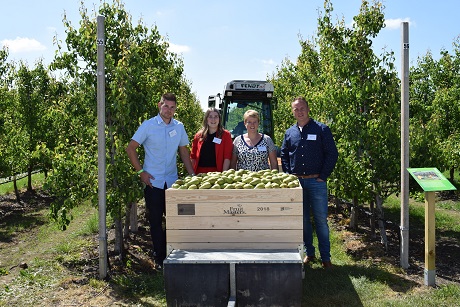 Four young fruit growers prior to speaking to the Royal couple 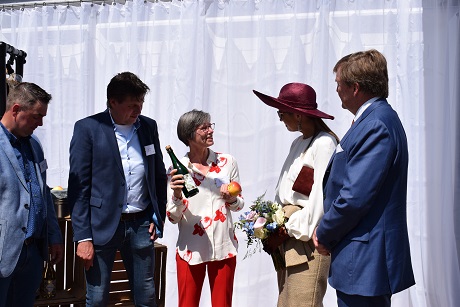 10 to 15 percent of apples aren't suitable for consumption. These apples are bought for a set price by De Fruitmotor and processed into cider. A share of the profit goes to a biodiversity fund. 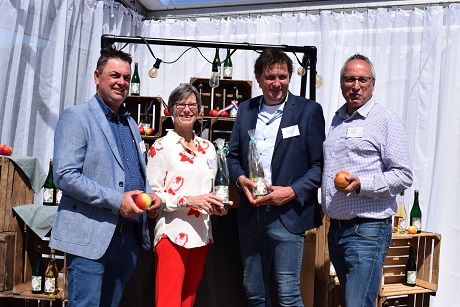 The cooperation De Fruitmotor team prior to the visit 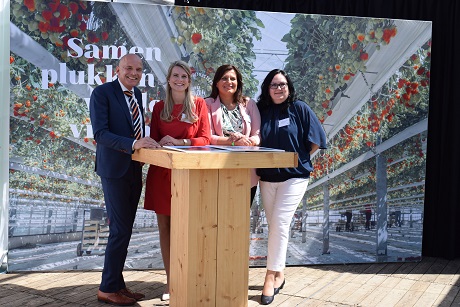 The team that spoke about housing for labour migrants

By their own request the Royal couple delved into the issue of housing for labour migrants. The director of Flexibel Workforce VDU plead for customised houses for labour migrants. Two experts spoke about their experiences. There isn't enough housing available, which means that labour migrants often share kitchens and bathrooms and have very little privacy during the months that they are in the Netherlands. 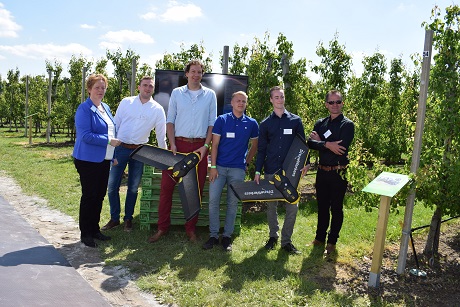 Students of Helicon MBO Geldermalsen and Avans Hogeschool Den Bosch gave a demonstration with drones in the orchard.

In the FruitMasters packaging station the Royal couple was given a tour and talk about the steps the company has taken in the area of packaging: from manual work to mechanical sorting and packaging. 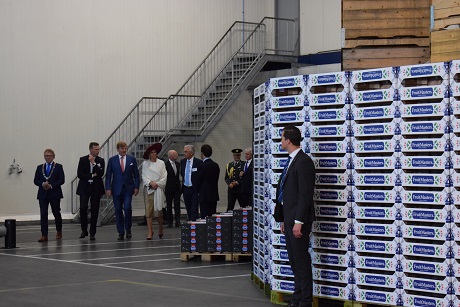 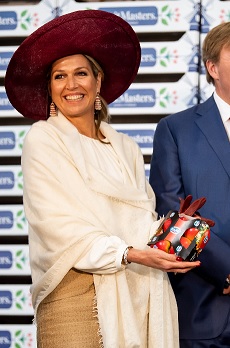 "FruitMasters is celebrating its 115th birthday this year. Since our founding in 1904 we have been at the head of the market as specialists in top and soft fruit, but also in the area of sustainability," says general director Kees de Kat. 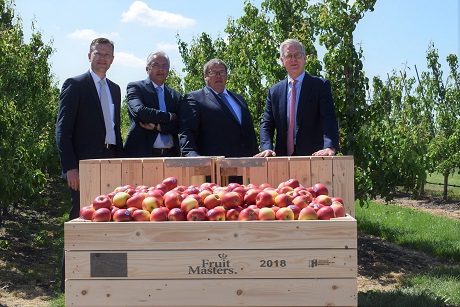 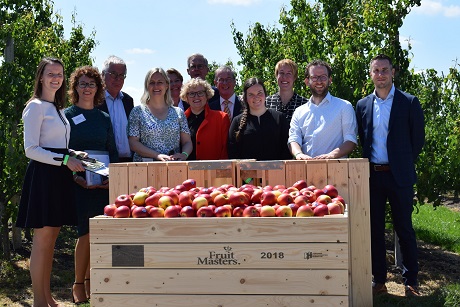 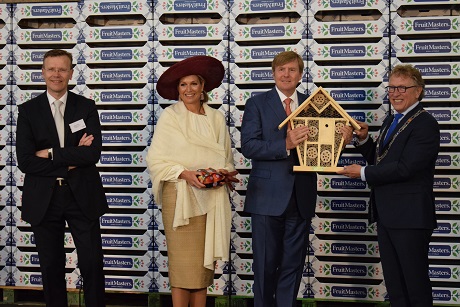 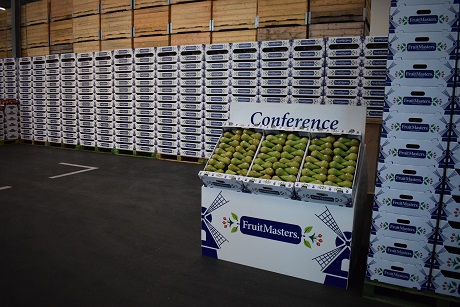 With this Conference packaging, FruitMasters is focusing on the Chinese market. The windmills on the boxes gain the trust of the Chinese. 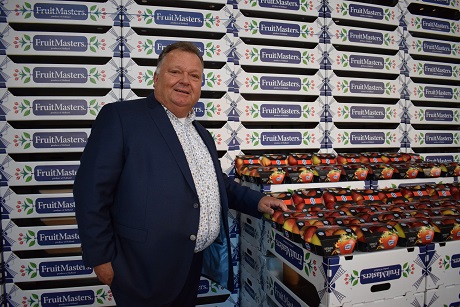 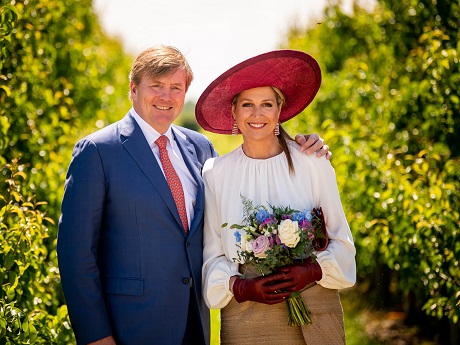 The Royal couple in the orchard of the testing garden at FruitMasters, photo by Nico Alsemgeest