"We are looking to expand and grow our packaging operation"

With an eye on expansion and an interest in connecting further with major retailers, United Fresh' trade show in Chicago seems to be a perfect fit for Wisconsin onion grower Gumz Farms. 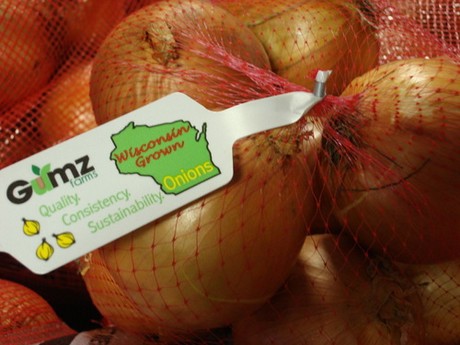 While Gumz has long been a visitor to the show—off and on as an attendee over the past decade—this year, the company wanted to really tap into the show’s Chicago location. “This show is regional. I think the advantage we have with this show based out of Chicago is that trucking has become a bigger issue and we are in the right location for grocery chains attending the show in Chicago,” says Bulgrin.

Not only that, but Bulgrin says he appreciates the show’s variety in offerings. “This show is quite diversified not only in the offerings for different produce, but also packaging and related equipment, including truck loading docks, refrigeration—there’s a wide variety of items there,” he says.

Insight into operations
In Gumz’ booth, visitors can expect to have an in-depth look at the company’s operations. “We’re going to have videos running of our operation,” says Bulgrin. “There’s a little bit about where the crops are coming from, what our harvest practices are, a video from our pack shed as well as some of the food safety certifications we have. We want to show visitors who we are and what we can offer.”

Meanwhile, Bulgrin adds that currently, supplies of onions are still fairly tight. “It’s across all colors. I’ll say there are adequate supplies, but certainly not an overabundance,” he says.

That said, pricing seems to be moving down to closer to average pricing on onions, which saw some high fluctuations over the year. “There were some extremely high prices in March-April and it did end up curbing business at some point because people weren’t advertising onions as much as they would have,” says Bulgrin.

In fact, white onions, which Gumz ships in from the Western states and repackages them, were hitting $50+/bag. “So to bring them to our shed—even to load them onto another truck—there was a limit to how much money you could get for that,” he says. “Not only were customers not happy with the high prices but there was no money to be made.”

However for now, Bulgrin anticipates pricing to be more stable in the next few weeks.