France: No Italian produce found in a supermarket in Strasbourg

A visit to an Auchan store in Strasbourg (France) revealed that the fresh produce department sold goods from Spain, France, the Netherlands and even Portugal, but nothing from Italy. The store was rather large and located in the historic city center, so it was popular not only with the locals but also with tourists. 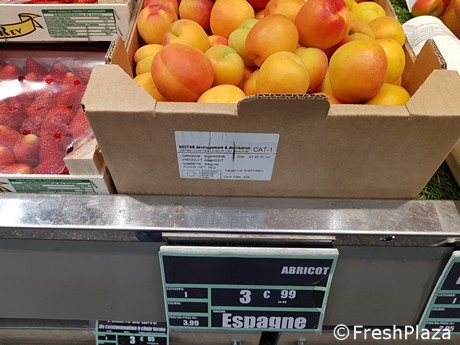 There were quite a few apricots mainly from Spain and France. Those from Spain had good grades and appearance and were sold loose at €3.99/kg. There were also punnets with 6 fruits of the Colorado variety weighing 400 grams in total, sold at €3.99/punnet. 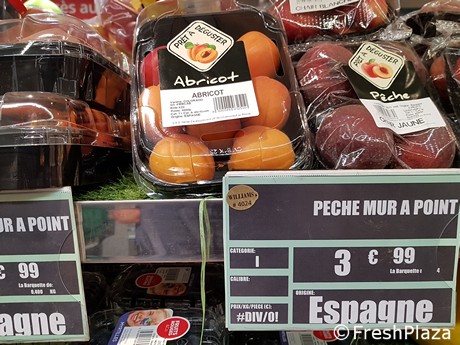 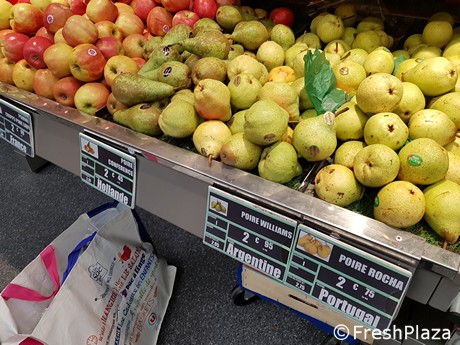 Yellow and white nectarines were sold loose at €2.99/kg while white and yellow peaches were sold at €3.99/kg. 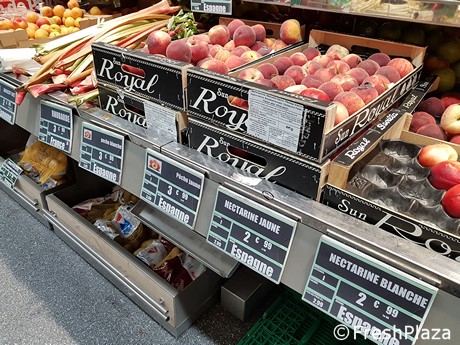 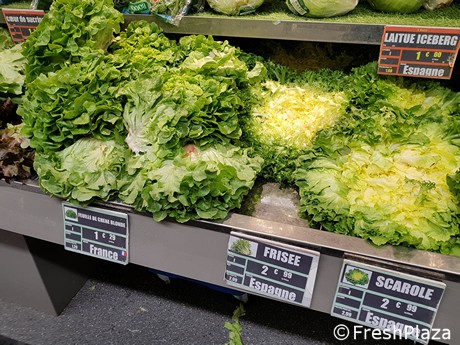 There was no produce from Italy, not even kiwifruits or apples, which actually came from France. As for pears, there was no trace of the Abate variety.