A report drafted by Confagricoltura Salerno explains that the incessant rain of the past few days and the heavy hailstorms compromised 80% of the peach, plum, nectarine and apricot open-field orchards in the south of the Sele plain towards Eboli. 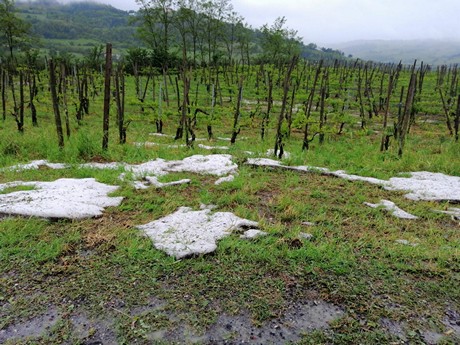 Giovanni Mellone, an entrepreneur from the Sele plain, reported that "kiwifruits were heavily damaged and blossoming was scarce, so orchards will not be very productive. Some apricot cultivars either did not produce or experienced delayed ripening, and stone fruit ripening was delayed in general. This summer campaign will not be one of the best, as there were will be gaps alternated with moments where the market will be saturated."

Other entrepreneurs explain that, luckily, not all areas were hit by the hailstorms, but also that a lot of the produce was lost due to the lack of anti-hail nets. 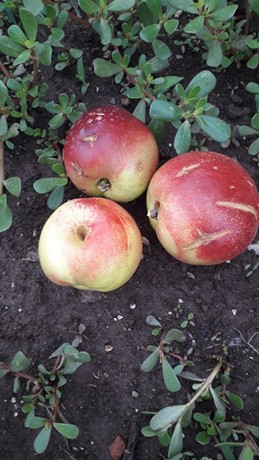 "Cracking is a very widespread phenomenon. In addition to compromising the produce, the alternating cold and hot temperatures drive demand down, as consumers do not feel ready for summer fruit when they still have to put the heating on in the evening. We hadn't seen anything like this in the past 40 years."

The melon situation is drastic, as the cold temperature stops the fruit from growing and causes damages. In addition, demand is practically non-existent.

The orchards near waterways are in dire condition: too much water is causing root asphyxia. The damage caused by the incessant rain will also show itself in the medium term.

Confagricoltura Salerno is currently trying to assess the damage. Protected crops (with nets and greenhouses) are doing a little better, but representatives from the organization are still asking the government to declare the state of natural disaster.