The apple trees in Ontario are just about to bloom this week. Cooler than normal temperatures have delayed the spring growing season but not by too much. Growers say they are about a week behind and hope to start picking apples in mid-September. Ontario is one of the last apple-growing regions in North America to have bloom due to its more northerly latitude and later spring frosts.

"We are just starting to get bloom now and judging by the forecast, we expect full bloom this weekend," said Marius Botden of Blue Mountain Fruit Company. "We are about a week behind normal years this year but other than the short delay, the orchards are well prepared for the upcoming season. We estimate to start harvest on September 15, with Gala and Macintosh the early varieties." 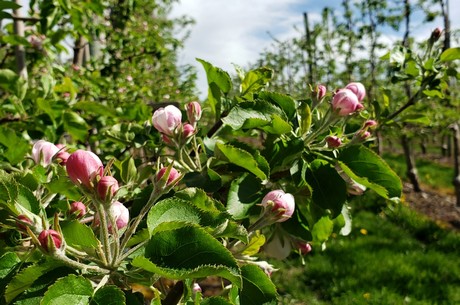 People eating more apples in the cooler weather
Because temperatures have been relatively cool during the spring, suppliers say this has improved apple demand. As a result, the market has been steady with good prices throughout the season. Many growers are now finishing off their storage crop as they prepare for the new crop ahead.

"It has been a really good season with good supply and an average market," Botden noted. "We are finishing up our 2018 crop with our proprietary Red Prince variety expected to finish in about two weeks, while Macintosh should last a few more weeks, perhaps into July. With the cooler temperatures, people have been eating more apples later into the season and as a result, sales have been very good." 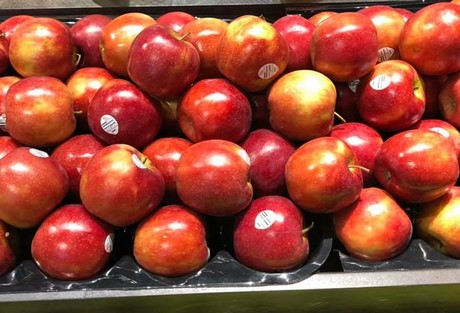 Expansion in eastern Canada
Blue Mountain Fruit Company planted more acreage of their specialty Red Prince apple last year. This year, the company are planning on expanding acreage further east to Quebec and Nova Scotia. Botden said the idea behind this move is to provide 'locally-grown' apples in the respective provinces.

"We have just planted more acreage in Quebec and Nova Scotia and next spring will be focusing on marketing locally-grown apples in these provinces," he shared. "The apples will have the same packaging as we have in Ontario, except with a 'locally-grown' symbol on the bag, in addition to the province they have been grown in." 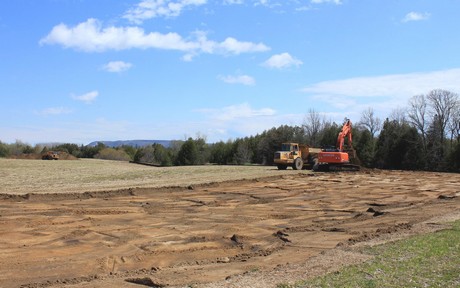 New packing plant to tackle labor challenges
In addition to planting more acreage, Blue Mountain have also been busy expanding their facilities. The company just broke ground on a new packing plant in Ontario and they are hoping to have it operational by the end of the year. The new facility will have the latest automation technology in addition to advanced grading and sorting equipment. Botden said labor challenges have prompted further investment into automation.

"We are currently working on our new packing plant which is going to be automated and have the latest technology in grading equipment as well as packing machinery," he said. "Labor supplies have been very short for years and we have worked hard with other growers in the area to try and pool the labor resources we have. This has driven our investment into automation to help ease the labor challenge."