"The new harvest of Xiale watermelons already entered the wholesale market in the middle of May. The supply season is expected to last until the end of August. We have two watermelon plantations in the north and the south of Shanxi province. Our main watermelon varieties are 8424 watermelons and Meidu watermelons. These varieties effectively extended our supply season. The plantation in the south of Shanxi is around 553 hectares, and the plantation in the north of Shanxi is around 180 hectares. The total surface area is around 733 hectares." This is according to Mr. Tian of China Shanxi Xia County Xiale Agricultural Science and Technology Services Co., Ltd. 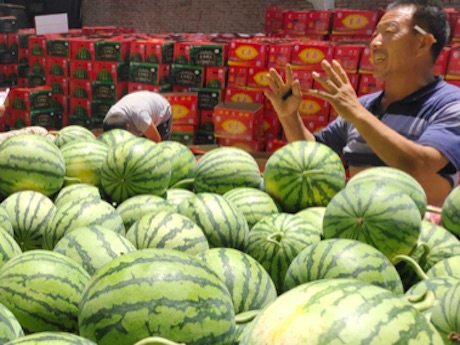 "The main reason we decided to divide our watermelon plantations over Xia County in the south of Shanxi and Taiyuan Prefecture in the north of Shanxi is the geographical advantage this gives us. The difference in weather conditions between north and south is significant. This allows us to enter the market at two different times and effectively extend our overall supply period. This way we can better satisfy consumer demand for watermelons." 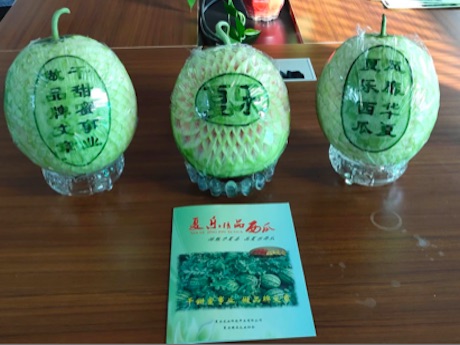 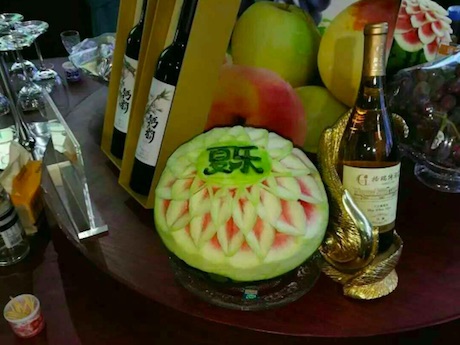 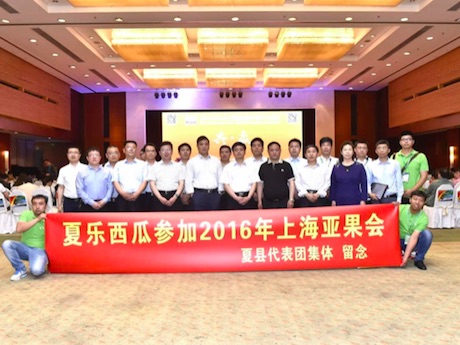 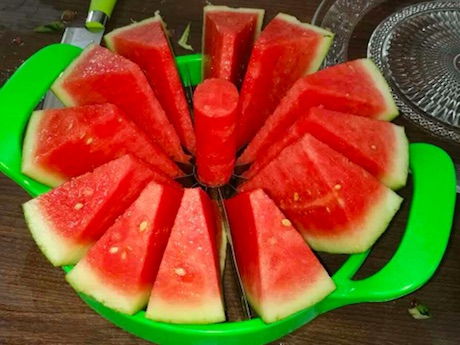 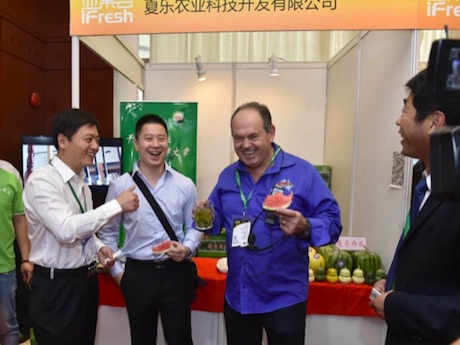 Xiale watermelons at the 2016 Asia Fruit Logistica in Shanghai

"We rely on years of hard work and top-quality watermelon varieties. We already gathered a loyal clientele. 'Xiale' is a nationally acknowledged green brand and certified regional agricultural product. We make our watermelons traceable and protect our brand to give consumers a strong guarantee for top-quality watermelons. If we discover unreliable traders who abuse our brand 'Xiale', we do not hesitate to pursue justice in accordance with the law."