“Good demand, size and quality of Egyptian red onions in the Netherlands” 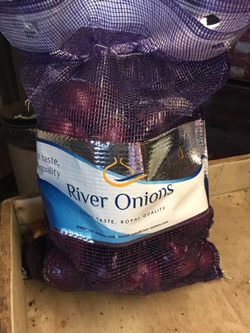 There was no lack of superlatives on the Dutch onion market this year. Yet according to Arie van Baalen of River Onions, there are two sides to this market situation. “On the one hand, a lot of growers were producing under cost price, but on the other, some growers also managed to make enormous profits. Suddenly, the differences in such a small country can be enormous.”

“There hardly seemed to be a price ceiling this year. The share price in Emmeloord even increased by 12 cent in one week. Some years you can’t even achieve that price once. During the euro years, no one’s experienced this yet,” Arie continues. “However, the consequence is that doors are opening, and that onions have been imported from a number of countries.”

Arie also soon noticed that there would be a shortage of onions, and he went to Egypt to safeguard the availability of red onions. “The harvest is looking well in Egypt. Quality is good, and they also have a lot of large-sized onions, while the Netherlands had a shortage of these this year. Demand for Egyptian onions is good.” 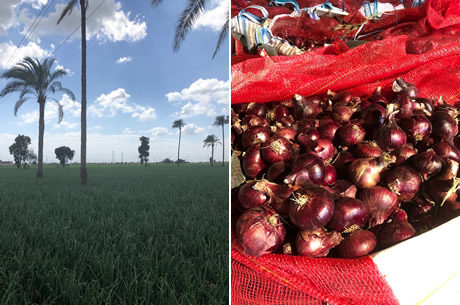 “Dutch onions are no longer available in the Netherlands, resulting in a good demand from European countries. We partly import these ourselves, although a lot of customers buy their onions via Dutch trade as well,” explains Arie, who has the onions arrive at a sorting station first, because Egyptian sizing can vary widely.

In the coming weeks, River Onions expects more deliveries of Egyptian onions. “We’ll stop after that, because it’ll be too warm in Egypt then, and we think the quality risk will be too large. However, we’ll spread the volume, so that we can make programmes throughout July, and hopefully we’ll then switch back to new harvest Dutch onions without a problem, because prospects for these have been good so far.”