Despite the estimated significant bump in production, some California growers are confident that they won’t have any problem moving their upcoming crop of almonds.

“We are definitely seeing a bump in production this year compared to last year. We’re estimating a 10 percent increase in production,” says Bikram Hundal of Custom Almonds LLC. in Earlimart, Ca. While favorable climates, including plenty of rain, have helped increase supplies, Hundal says there are other factors as well. “There are a lot of young orchards coming into production this year,” he adds. 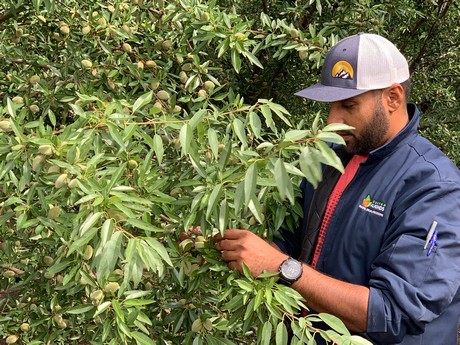 Location, location
Hundal notes that production increases also depend on what side of the state ranches are located. “Generally speaking, San Joaquin and the Central Valley have good production compared to the North side—South Sacramento, Modesto, those areas,” he says. “There were more issues in the North such as a bacterial blast and unexpected rains during pollination.”

Significant domestic market
Along with the increase in supplies, the industry also continues to see an increase in demand. While the trade talks between the U.S. and China over tariffs on imports/exports will likely factor into the export demand on almonds, Hundal says the industry has seen consistent year-after-year growth in demand domestically on almonds. “We have around a two percent growth every year in the domestic market and that market is about 40 percent of our overall demand for almonds,” Hundal says. “We have enough domestic demand to offset the production.”

That said, the company is also exploring other markets in South America and Africa to export to and is also working on developing new products. 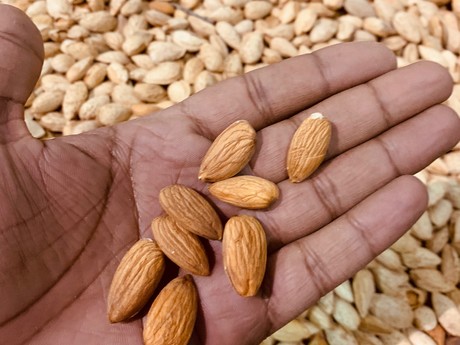 New wave of products
A good part of that demand is coming from not only a younger generation interested in eating healthier, but also a new wave of nut-based foods designed to accommodate that eating lifestyle—everything from energy/snack bars and snack packs to nut butters and almond milks.

As for pricing, right now Hundal sees consistent pricing and estimates pricing to be similar to 2018’s numbers. “Our production isn’t phenomenally high compared to last year,” he says. “The medium and small sized handlers like us don’t have enough product to supply this month and next month. That gives us the confidence that we can move the new record crop coming in. We know we can move all of it.” If anything, he sees small fluctuations in the .10 to .20 cent range that may move on pricing.

And while 2019’s crop is set to harvest in July, the current rains may affect that. “It’s raining today and we’re supposed to get rain this weekend so we may be behind in our harvest,” Hundal says. “It’s early to say but if we are behind, it may only be a week or so.” 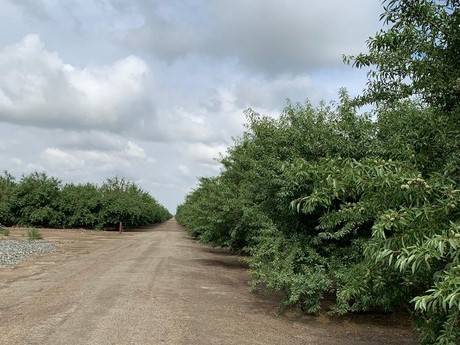 Supplies continue to grow?
Looking ahead, Hundal also anticipates future production of almonds to continue to be ample.

“However, the life of an orchard is 20-25 years so the first orchards have already been uprooted and replanted. It’s not a continuous process,” he says. “We lose production for at least four years when we plant a new orchard. So while we’ll see another bump next year, it won’t be as exponentially high. It’ll be slow and steady growth in the coming years.”